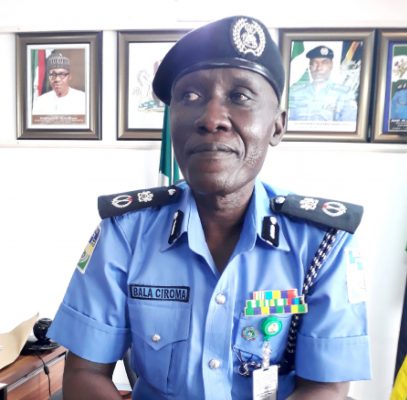 The Federal Capital Territory (FCT) Police Command has arrested and paraded a 27-year old Mohammed Bello Kolo, suspected to have impersonated the Minister of the FCT and defrauded unsuspecting members of the public to the tune of N52 million.

Speaking to  newsmen, the FCT Police Commissioner, Bala Ciroma, said that  the suspect was arrested following the receipt of a complaint by police operatives attached to the State Intelligent Bureau of the FCT Command.

Bala Ciroma said that preliminary investigations revealed that the suspect, who claimed to have access to classified information, which he gleaned while on his one-year National Youth Service in the FCT Administration, had defrauded his victims of the sum of N52,000,000 which he allegedly received in installments under the pretense of securing contracts for his victims.

The Police Commissioner said that efforts are  being made to arrest one Simon“M” and Idris suspected to be  Mohammed Kolo’s cohorts who are posing as FCTA’s Director of Procurement and Personal Assistant to the FCT Minister respectively. The suspect, he added will be arraigned in court at the conclusion of investigations.

See also:  Muslim-Muslim: Babachir, Dogara, Others, Gang Up Against APC, Say It Is Anti-Christ

He said that neither the FCT Administration nor the FCT Minister conduct official government business on Facebook or other social media platforms. Members of the public he said should seek information from official platforms if the need arose.

When questioned by newsmen, the suspect said that while he did not impersonate the FCT Minister, he got the sum of N9.5M from the alleged deal.

Others are a dining set, 10,000 watts Fireman Generator set and a washing machine.