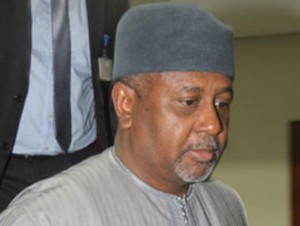 The National Security Adviser, Colonel Sambo Dasuki (rtd.) has said that the Presidency had no hand in the last week’s bomb attack on the convoy of a former military leader, Major General Muhammadu Buhari (rtd).

Dasuki spoke while fielding questions from State House correspondents today after the Council of State meeting during which the issue of the attack on Buhari came up for discussion.

He said that as far back as February, leader of the Boko Haram sect, Shekau, had threatened Buhari and some others, calling them infidels that must be dealt with.

“We said something about the attack on Buhari and Sheik Dahiru Bauchi. There was a threat as far back as February this year issued by Shekau, calling them infidels by name and position saying that they were in trouble and they were going to see.

“We said it not because we had facts but because it is what sells the paper. That is the most unfortunate thing. And we want to say that it was not only General Buhari, there were others mentioned too.” [myad]