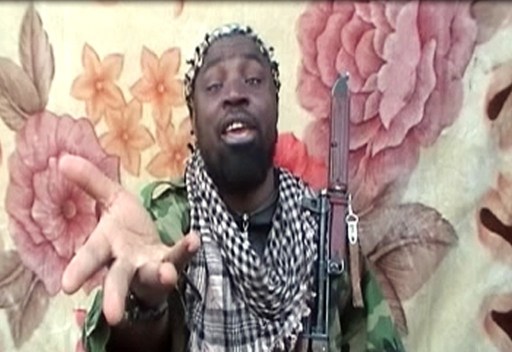 Abubakar Shekau, the leader of the deadly Boko Haram has said that he would “sell on the market” more than 200 schoolgirls abducted by his fighters last month, even as students in Borno state have declared May 7 a lecture-free day to enable them pray for the abducted female students of Chibok Girls Secondary School for them to gain their freedom.

In a video obtained by the French news agency Shekau said: “I abducted your girls. I will sell them in the market, by Allah.”

Shekau also said in the video, according to AFP, that the outrage over the kidnapping is “because we are holding people (as) slaves.”

AFP did not immediately make the video with Shekau’s comments available online for further analysis.

In the weeks since the girls were abducted from their school in the village of Chibok, Borno state, most observers had concluded that Boko Haram were the likely culprits, but until now the group has remained silent on the girls’ plight.

It had earlier been reported that at least 276 still missing girls have been sold to their captors as child brides for the sum of 2,000 Nigerian naira — or $12 USD — a situation that Shekau’s comments appear to verify.

Meanwhile, the Borno State Students and Youths Alliance declared May 7 as lecture-free day to pray for the safe return of the abducted girls. The spokesperson of the group, Miss Fatima Maliki, said at a news conference in Maiduguri today that the prayer would allow Nigerian students reflect over the situation, which she described, as unfortunate.

“We are pleading with students all over the country, especially those at the tertiary institutions, to observe next Wednesday as lecture-free day to enable them pray for safe return of the abducted students.

“We also plan to use the day for soul searching and reflections over continued killings by Boko Haram insurgents in the country.”

She appealed for understanding from authorities at the institutions for the success of the event.

“We are pleading for understanding from lecturers and other stakeholders to enable the plan succeed,” she said.

Maliki also said that the group would stage a mass procession of youths on May 23, in Maiduguri if the military failed to rescue the girls.

The spokesperson threatened to mobilise students from all parts of the country as well as members of National Youths Council to embark on a sit-in demonstration at the Ramat Square, Maiduguri.

“We are going to remain at the square until the students are rescued.

“We are passionately appealing to the Federal Government to strive towards bringing back the abducted students.