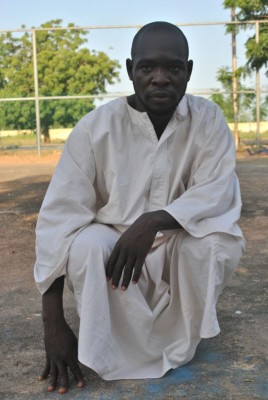 Nigeria soldiers have gunned down a man described as a notorious Boko Haram commander who had been wrecking havoc among the communities around Kwatarha and Torikwaptir general area of Gwoza Local Government Area of Borno State.

Information available to Greenbarge Reporters showed that four other terrorists escaped escaped with gun shot wounds during the confrontation with the soldiers even as an AK-47 rifle was recovered from them.

This was even as soldiers announced the arrest of a suspected Boko Haram kingpin, Alhaji Tijjani Usman Damagum. He was tracked down and arrested at Damagum town, Yobe State yesterday.