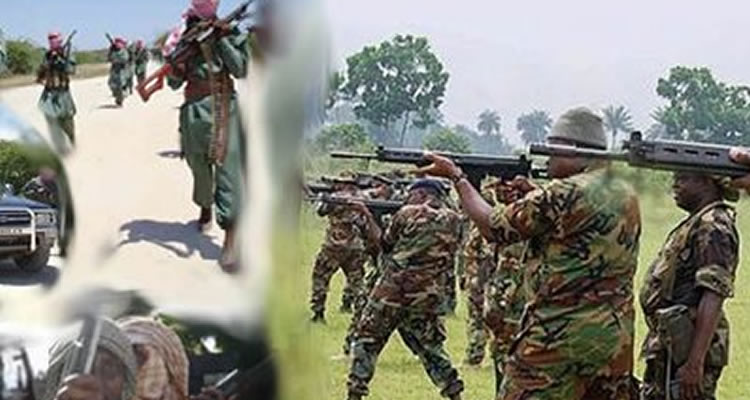 The raging battle by the Nigerian soldiers to dislodge Boko Haram militants from the dreaded sambisa forest is reported to have yielded some positive result, with soldiers killing several militants, rescuing no fewer than 20 women and children and recovering several arms and other materials.

According to the Director of Defence Information in the Defence Headquarters, Major-Gen Chris Olukolade during the military operation in Sambisa Forest in Borno State, over 10 soldiers were, however, wounded, while one died, following explosions of land mines along the routes of advance.

”Despite continuous encounter with large number of land mines, which still litter the Sambisa Forest, troops have forged ahead with the ongoing offensive operations as scores of the terrorists died in the assault on their bases on Friday,” Olukolade said.

He said in a statement today that several of the terrorists’ weapons and equipment were destroyed during the encounter, adding that some equipment were also damaged or affected by the detonation of land mines in several points in the forest.

”A total of 20 women and children were rescued at the end of the Friday operation.They have all been airlifted out of the forest. The wounded soldiers have also been moved out for necessary treatment.

”Two major ammunition dumps, maintained by the terrorists in the forest were also destroyed, along with the four additional terrorists camps that were smashed in the operation of Friday.”

He said that an armoured tank and over 10 vehicles, of various types, being used for terrorists operations as well as 70 motorcycles and 15 tricycles had also perished during the operation.

The Defence spokesman said air and artillery bombardment of identified terrorists camps and locations in various parts of the forest, including the Alafa aspect, were still ongoing as troops continued the offensive against the terrorists.

Olukolade said that a cordon-and-search operation around Bitta, Borno State, had been intensified following an incident, where two young boys were wounded after picking up a grenade from a refuse dump. [myad]