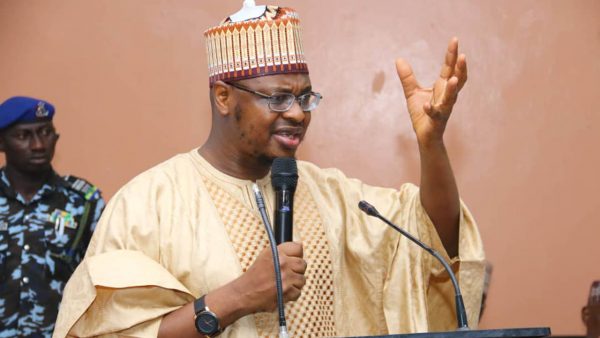 The Nigerian Minister of Communications and Digital Economy, Dr. Isa Pantami, has said that those who accused him of having links to extremism are the criminals and other entrenched interests who are afraid of losing out in the ongoing linking of the National Identity Number to telephone SIMs.

In an interview, the minister said that based preliminary investigation had shown that, many people are not happy with what he has been doing – “linking National Identification Number with SIM. Because a situation will come that all the people using SIM to commit crime will not be able to do that.”

He stressed that the allegations against him are being peddled by forces that are against the federal government policy of compulsory national identity registration for all Nigerians and those residing in the country.

“I have no doubt about this. It has to do with the National Identification Number. Do you know one thing? This policy was started in 2011, it was not successful. Why? It was fought.”

Pantami said that the issue of linking NIN with SIMs had been on since 2018 during when there were meetings between government and mobile network operators.

“And it was actually announced that the deadline was January 2018. It is there online, I will share it with you if you like. By January 2018, it was not implemented, because there are forces against it. There are forces!

“Now they have started coming with the news that people are coming from neighbouring countries to register. What they fail to understand is that the National Identification Number is not only for Nigerians; anybody in Nigeria can obtain it. Section 16 and 17 of the Act mention the registrable people in the country – citizens, legal residents, legal permanent residents, and legal residents for a minimum of two years.

“So, it is not only for citizens. And it is also important to know that this is not just an indication that they are citizens of Nigeria. It is rather an indication that you presented your biometric data, so government has control over your data. And that data of NIMC (National Identity Management Commission), nobody has an access to it in any way he likes. Getting access to it illegally is 10 years in prison. It is there in the law. But people will like to discredit it, because they don’t like it.

“As long as it is implemented by government, it will go a long way in reducing crime and based on the statistics we have been seeing now, it’s really encouraging.

“As government, our priority is the protection of lives and property of our citizens. Security is our priority as a government – whether in agric, digital economy, education or in health, in whatever. President Muhammadu Buahari is so passionate about security, and he directed me to do that because he knows I try to persevere despite challenges and do what is right in the interest of our citizens and humanity.”

Pantami said that despite the attacks on him, he would remain focused on his job.

“We had an official meeting with them. We explained to them, even the wisdom behind the National Identity Number. One of the representatives of the development agencies said ‘your work is excellent, but you should be patient, you will encounter many attacks’. This was said to me in the presence of the Minister of Foreign Affairs. He said ‘you answered all our issues convincingly based on the wisdom and usage of NIN number, because criminals do not like it, criminals do not like it’.

“Even this issue that we are talking about, based on our findings, preliminary investigation, many people are not happy with what we have been doing – linking National Identification Number with SIM. Because a situation will come that all the people using SIM to commit crime will not be able to do that.

“If they do that government will be able to intercept them easily. This is what they don’t want to happen. And this is a mandate given to me by President Muhammadu Buhari. He personally signed the letter that ‘you are mandated to do that’.