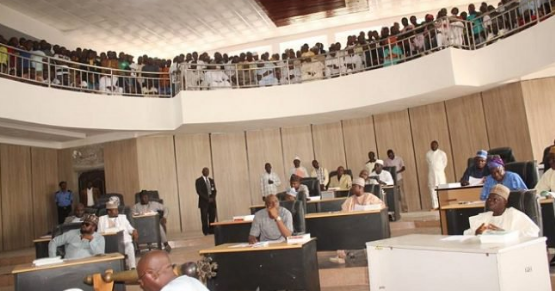 For criticizing the government of Nasir Ahmed el-Rufai of Kaduna State, one Aliyu Jaafaru Abubakar has lost the chance to be a commissioner in the cabinet of the government as his nomination by the same governor was rejected by the State House of Assembly.

In spite of his alleged criticism of Governor el-Rufai in his facebook wall sometimes ago, the governor still included his name in the list of would-be commissioners he forwarded to the legislature.

The Speaker of the House of Assembly, Aminu Abdullahi Shagali, who presided over the screening of commissioner nominees, said that Jaafaru Abubakar’s rejection followed his criticism of the el-Rufai’s policy since 2017 on his Facebook handle.

The Speaker said: “In your (nominee) Facebook account, you said ‘there is nothing like making Kaduna State great again and that it is a deceptive cliche used by politicians to deceive the masses’ and ‘We will make Kaduna great at the appropriate time. It is a responsibility for those who are truly sincere not for those who are inherently sarcastic.’

“You also said El-Rufai must learn to tackle issues with human face, and said you are ‘an advocate of change that goes to the root and cause not only the symptoms’

“You also said in the same post, ‘stop comparing me with El-Rufai who thinks he is more intelligent than intelligence itself.’”

The House Committee Chairman on Media and Public Affairs, Alhaji Tanimu Musa, also said: “Jaafaru has been a critic of this administration on social media. Why did he want to work with the governor?”

The House unanimously rejected the nominee after the Speaker had announced.

Other nominees screened and confirmed were  Thomas Gyang (Commissioner for Planning and Budget Commission), Hassan Usman Mahmud (Commissioner in the Governor’s Office for Riots, Damage, Rehabilitation and Resettlement), and Atiku Musa (Auditor for General Local Government).