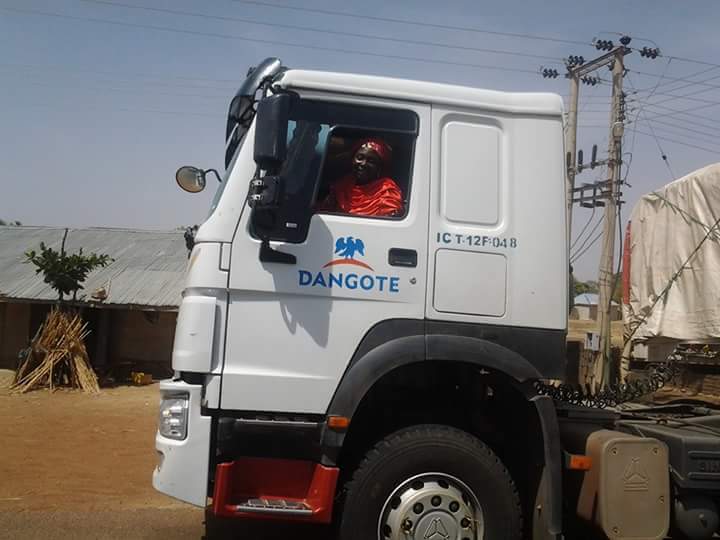 The Dangote Cement Plc has introduced drug test for its drivers, vehicle tracking devices and other measures aimed at curbing frequent road accidents.

Other efforts by the Dangote Cement Plc to curb crashes, according to a statement by one of the company’s spokesmen, Jibril Abubakar include the recertification of drivers, pre-trip and post-trip inspections, Onboard Camera, Root Cause Analysis, engaging behavioral psychologists and Clerics, convoy movement, checkpoint policy and sanctions.

These measures came to light today, April 6, at the launching of a Drivers’ Training Centre located at the Dangote Cement Plant (DCP), Obajana, Kogi State. The new Centre is charged with the responsibility of attending to all training needs of the Dangote Cement Plc’s drivers.

Speaking at the convocation of the centre’s first graduates of 50 Trainee Drivers, Head of the Dangote Drivers Training Centre, Harisson Pepple, said that the training is in line with the company’s zero tolerance policy for auto crashes.

People said that the trainee drivers were drawn from the existing motor boys and were trained for six months.

He expressed optimism that the “days of crashes involving Dangote trucks are numbered”.

“The Trainee Drivers Programme is all encompassing.The first twelve weeks is theoretical. Then there is three months attachment.”

He said that the idea for the new Drivers Training Centre was conceived in June 2020, with the aim of training, retraining and constantly engaging the Dangote drivers.

According to him, the company is collaborating with the Federal Road Safety Corps (FRSC) in most of its activities, adding that the Trainee Drivers were also taught Defensive Driving Techniques which involves driving to save lives, time and property.

He recalled that Dangote Group has been taking stringent measures to minimize auto crashes, and that the new training centre is a continuation of its innovative efforts.

Dangote Group Beats MTN, Globacom, Others For “Most Valuable Brand”

Dangote Dishes Out N200 Million To Battle Coronavirus In Nigeria