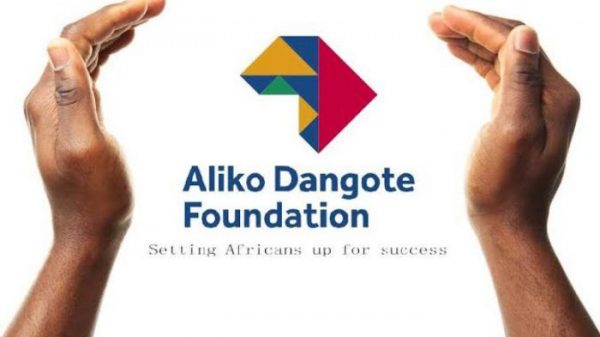 The Aliko Dangote Foundation (ADF) has doled out the sum of N4.2 billion as part of its unconditional Micro Grant Programme for empowering women in the rural areas across the country.

Speaking at the flag-off of its one-off unconditional Micro-grants Programme today, June 15, in Bauchi, Chairman of the Aliko Dangote Foundation, Alhaji Aliko Dangote said that the foundation had empowered twenty thousand vulnerable women across the 20 Local Government Areas of the State.

Dangote, who was represented by the company’s Group Executive Director, Government and Strategic Relations, Mansur Ahmed said that so far, over four hundred thousand poor women have benefited from the programme in the country.

He said that in Bauchi State, N200 million is currently being disbursed to vulnerable women across the 20 Local Government Areas.

According to the Africa’s top philanthropist, the unconditional micro grant is aimed at supporting the government effort’s in empowering poor families in the State.

He said the Foundation had earmarked N10 billion to be disbursed to vulnerable women across the 774 Local Government Areas in the country.

He said that the next states to benefit from the programme are Osun, Edo, Ogun, Rivers, Anambra and Ebonyi state respectively.

“The Micro-grants programme is one component of the Economic Empowerment pillar of the Aliko Dangote Foundation. It provides disadvantaged and vulnerable women with a one-off, unconditional N10,000,00 cash transfer to boost their household income generation. This we believe will help reduce their vulnerability and meet their livelihood needs.”

He said that majority of women who benefitted from the scheme have been able to grow the seed capital.

While thanking Aliko Dangote Foundation for  assisting the vulnerable women in  Bauchi State,  Governor Bala Abdulkadir Muhammad said he was very elated with ADF’s intervention across the country and especially in his state.

He expressed optimism that the intervention will support lives and livelihoods of women, children and families in Bauchi State.

“Aliko Dangote is a beacon of hope for the Bauchi people. He has been creating not only business institutions at the highest levels but also touching lives at the lowest level. He seems to understand Nigeria more than some of us who are politicians. He’s supporting our mothers who will help put food on our tables and train their children in schools.

“We’ve just named the school of nursing and midwifery after him. This is to mark his huge contribution to our societies in Bauchi.

“We are also using this opportunity to inform him that he should come and invest in Bauchi. We have the highest deposit of limestone in the country. We have the largest arable land and the largest forest. Bauchi is also very peaceful and secured.”

The Governor also presented a book to the Aliko Dangote Foundation.

The book was written over a 100 years ago by Sheik Uthman Danfodio, and titled: The Principle of Leadership.

Speaking also, the Speaker, State House of Assembly, Abubakar Y. Suleiman said that the intervention would go a long way in supporting the poverty alleviation stride of the state government.

He said the state will continue to collaborate with the foundation in area of economic empowerment for womenfolk.

Commending the foundation, First Lady and wife to the Governor, Mrs. Aisha Bala Muhammad  said the intervention will help lift families from economic problems, even as she urged the women to invest it wisely.