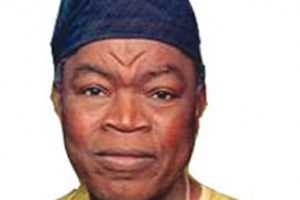 President Muhammadu Buhari has expressed profound sadness over what he called “the tragic accident” that took the life of Senator John Shagaya.

In a condolence message to the Shagaya family, friends, the Government and people of Plateau State, issued by the special adviser to Buhari on media and publicity, Femi Adesina, the President Buhari described his death as painful.

The President referred to late Shagaya as a great Nigerian whose legacies will live on in the patriotic work he did as a military officer, “who rose to the position of a General, and a distinguished Senator of the Federal Republic that ably represented the Plateau Southern zone.”

Buhari said that at each step of his distinguished career in national service and politics, General Shagaya brought his deep convictions and discipline to national, regional and community assignments and was ready to always offer his best to the development and stability of the country.

President Buhari then prayed that God Almighty will comfort all who mourn him and grant his soul eternal rest.

He recalled that until his death, General Shagaya had been an ardent supporter of the unity of Nigeria as a nation and a peace builder irrespective of ethnicism, tribalism and religious bigotry.

“Equally, my condolences go to the Chief of Army Staff, Lt.General Tukur Yusuf Buratai on the demise of his father a veteran of the Nigerian Army at the age of 103.

“Similarly, I condole members of the Fourth Estate of the Realm over the demise of veteran broadcaster Late Mahmoon Baba Ahmed who died at the age of 74.

“My heartfelt condolences go to all their families, friends and well-wishers.” [myad]