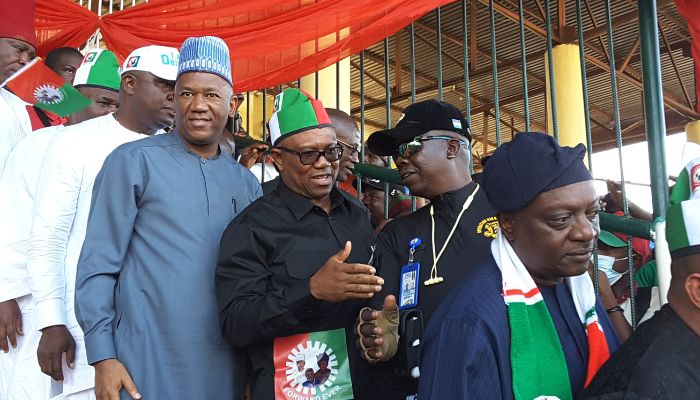 Presidential candidate of the Labour Party (LP), Peter Obi, has described the attack on his campaign team in Katsina State as a sign of jealousy by those he called desperate politicians over his growing popularity.

The attack, he said: “may have been premeditated by desperate politicians who had been deluding themselves with the false claim that they had the northwest in their pockets, but are now shocked by the show of force of the “Obidient movement” in the region.”

In a statement by Diran Onifade, Head of Media for the Obi/Datti Presidential Campaign Council, the candidate called for security agencies to investigate the attacks to prevent future occurrences even as he commended the people of Katsina for their support on Monday.

It was reported that hoodlums threw heavy stones at the car carrying Peter Obi, thereby causing substantial damage to the vehicle. Fortunately, Obi and other occupants of the car were unharmed.

Several vehicles, including those of the campaign’s official stage crew were damaged by stones hauled from outside the Muhammad Dikko Stadium, venue of the rally.