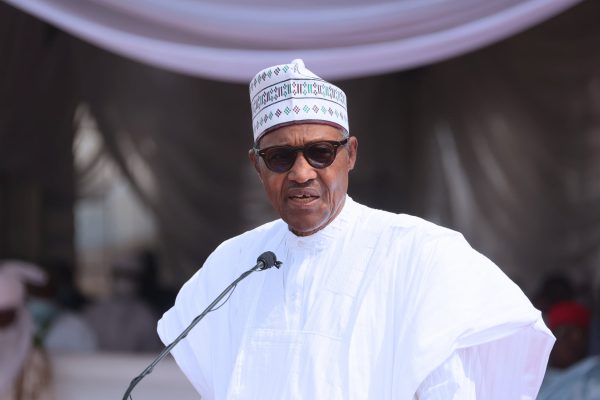 The National Chairman of the ruling All Progressives Congress (APC), Senator Abdullahi Adamu has confirmed the pressure which President Muhammadu Buhari went through and ignored to ensure the evolution of true democracy in Nigeria.

Speaking today, July 22, at a meeting with the APC stakeholders, hosted by President Buhari at the Presidential villa, Senator Adamu said: “under pressure to dictate or suggest, you (Buhari) were determined that the democratic process should be given the opportunity to work and what we have seen is that democratic processes can produce very excellent results.”

The party chairman joined other stakeholders to express gratitude to the President for his exemplary leadership which has strengthened the party in the aftermath of the recent convention and primaries.

“Our main goal is to see the success of the APC in the forthcoming general elections. There’s no better parting gift than to ensure that the APC produces the next President.”

He said that the party is proud of the Presidential candidate, Asiwaju Bola Ahmed Tinubu and running mate, Senator Kashim Shettima.

This was even as the Chairman of the Progressives Governors Forum and Governor of Kebbi State, Abubakar Atiku Bagudu commended President Buhari for setting a worthy precedence on internal democracy in political parties.

He attributed the gradual return of normalcy to the North Eastern part of the country to the spirited interventions approved by the President, acknowledging the rise in agricultural activities and food production in Borno, Adamawa and Yobe States.

Also, the Vice Presidential candidate, Shettima expressed the willingness of the APC Presidential Candidate, Asiwaju Ahmed Bola Tinubu and himself to serve Nigeria with justice, equity and fairness.

“We want to solicit the support of the President once INEC lifts the ban on open-air campaigns and we want to latch on to your achievements and brand name to victory, and consolidate the leadership of the party.”

Speaking at the occasion, President Buhari assured that his concern for the unity, peace, security and prosperity of the country will continue to be his concern even after leaving office at the end of his two-term tenure of eight years by next year, 2023.

The President, who thanked the delegation led by the party chairman for the kind words on his role in processes leading to the emergence of the party’s Presidential candidate and his running mate.

“I want to thank you all for the roles you played in the build-up, first to our national convention earlier this year, and later, to the primary elections.

“You were all of one mind, wanting the best for the Party, with the candidate emerging in a free and fair manner.

“For us all, the cohesion and unity of the Party was the first priority, and ambition was second. I am glad that you all saw the larger picture, rather than narrow, self-serving interests.”

The President expressed confidence that Tinubu and Shettima would not disappoint the Party, and Nigerians at large.

He also commended the Party for resolving to further mobilize more Nigerians, particularly youths, to register and get their Permanent Voters Cards (PVCs), adding “it is the way to go.”