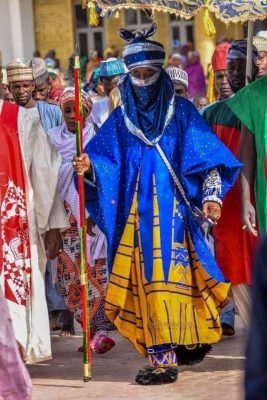 Emir Sanusi doesn’t need anyone’s pity. His daughter said so yesterday, and his words and actions speak for him.
Here was a man enjoying all the goodies of life, including a trip to the North Pole with the Swedish Prime Minister that you and I can only dream of. He could keep quiet and enjoy more, but he chose honour by challenging retrogressive ideas entrenched in the psyche of northerners by their oppressive rulers.
So, while some emirs fed 3,000 ‘orphans’ (whose parents were very well alive but irresponsible) and lamented in private, Sanusi attacked the problem at it’s roots by sponsoring a reform of Muslim family law to end Almajiri practice, educate the girl-child and restrict polygamy to only those who can afford it.
He did that on his own volition, knowing the consequences. So, please, spare me the idiotic claims that he lost his throne in dancing to the gallery. When he lost his job as CBN governor for exposing the systematic theft of Nigeria’s wealth under President Jonathan, to which gallery was he dancing? Which of his ‘cheer-leaders’ caused that?
So, like him or hate him, Muhammadu Sanusi II will be reckoned in the annals of history as among the best emirs of Kano, alongside his illustrious ancestor Mallam Ibrahim Dabo. Like Mallam Dabo, Mallam Sanusi is a learned scholar who led prayers, conducted Khutbah and Tafsir, and settled disputes among his Ummah according to Islamic Law.
That may be news to you, but I have witnessed it on two trips to the Kano Emir’s Palace. Emir Sanusi himself invited me, and after interacting with him for hours on my second visit, I left almost with tears in my eyes, wondering at how an intellectual ended up being a powerless Emir under a corrupt and clueless governor.
In short, it is Kano society and northern Nigeria that need pity for losing Emir Sanusi and his principles, not the other way round. I’ll miss him too, but as the saying goes, the battle has just started, in sha Allah.