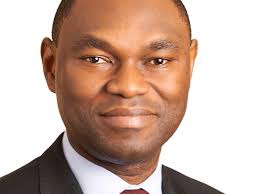 Dr. Kingsley Obiora has dazzled the Senate Committee on Banking, Insurance and other Financial Institutions with good knowledge of financial matters at his screening for the position of Deputy Governor of the Central Bank of Nigeria (CBN).

President Muhammadu Buhari had earlier forwarded the name of Dr. Obiora in a letter to the Senate.

Impressed by the knowledge displayed, the committee advised him to bring his wealth of experience to bear in the task of assisting the Bank achieve its mandate of ensuring monetary and price stability, among others.

The Chairman of the Committee, Senator Uba Sani, who conducted the screening along with other members today, January 29, commended the nomination of Obiora as fitting, even as he expressed confidence that the nominee was well suited for the position, bearing in mind the fact that he had been actively involved in the process of monetary policy formulation at both the national and international levels.

According to him, the Senate, through the Committee, decided to give the screening expeditious consideration, given the sensitivity and critical role the Deputy Governor of the Central Bank plays in the nation’s economic sector and to plug any gap that might be created with the imminent exit of the out-going Deputy Governor, Economic Policy.

In their individual remarks, members of the Senate Committee lauded the competence of the nominee, saying that he possessed the expertise to add great value to the management of monetary policy and indeed the Nigerian economy.

The Committee also commended the quality of the nominee and his patriotic zeal, adding that the nomination underscored the importance of merit in considering Nigerians for appointments.

Responding to the questions posed by the Senate Committee members, Dr. Obiora expressed gratitude to the President for considering him for appointment as Deputy Governor. He also thanked the Senate Committee for its kind words and their commitment to the  Nigerian project.

If confirmed as Deputy Governor, Obiora pledged to contribute his quota to enable the Bank achieve on its mandate.

Subject to the confirmation by the Senate, Dr. Obiora will replace Dr. Joseph Okwu Nnanna, who retires from the Bank on February 2, 2020.

Upon confirmation, he will vacate his current position of Alternate Executive Director in the International Monetary Fund (IMF) in Washington DC, United States of America.

National Assembly sources say that recommendation for Obiora’s confirmation may be laid before the Senate’s plenary early next week, if the Committee’s report is concluded by then.