Home NEWS Ebira Group On Translation Of Qur’an Condoles With Saudi Over Death Of... 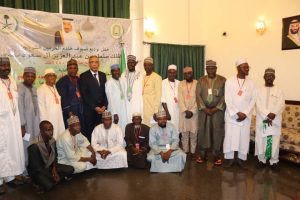 The committee on the translation of the meaning of the Holy Qur’an in Ebira language has consoled with the Royal Embassy of the Kingdom of Saudi Arabia over the death of its Ambassador to Nigeria, Adnan bin Mahmoud Bostaji.
The Ambassador died last week, February 4, less than 24 hours of his return to Nigeria from his country.
The committee on the translation of the meaning of the Holy Qur’an, led by its chairman, Abdulganiyu Ahmed delivered a condolence letter today, February 13, to the Acting Ambassador, Muhammad Alfawzan.
In the condolence letter, the committee expressed heart-felt and deepest sympathy to His Majesty, the Custodian of the two Holy Mosques, King Salman Bin AbdulAziz Al-Saud, the Crown Prince Muhammad Bin Salman, the entire management and staff of the Royal Embassy and the good people of the Kingdom of Saudi Arabia over the demise of the amiable and hardworking Ambassador.
“The departure of Ambassador Adnan came at a crucial time in the relationship between the Committee and the dedicated Ambassador who had graciously and religiously developed a morale-boosting interest in the Qur’anic translation project through his kind attendance of the public presentation of the translated portion early last year at the National Masjid, Abuja-Nigeria; with an undertaking that he would facilitate the printing of the entire translated Glorious Qur’an through the assistance of His Majesty, the King of Saudi Arabia. However, life being transient, Allah Subhaanahu wa Ta’ala, Has decided it is time for the kind and worthy Ambassador to leave the world.”

See also:  My Govt Is At War With Bandits, Any Of Them Arrested Will Be Killed – Gov El-Rufai 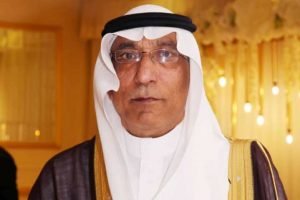 Members of the committee recalled their last encounter with late Ambassador Adnan in his office “when we paid him a courtesy visit on 12th November, 2019 during which we briefed him about the level of progress of the Committee in the Qur’anic translation work. He exhorted us then, to fast-track the work as there is no guarantee that he would be around if it takes much longer.
“The Ambassador’s demise is a veritable lesson to all of us that survived him about the inevitability of returning to Allah Subhaanahu wa Ta’ala and the need to be steadfast in the service of our Creator ‘Azza wa Jal’ and to sustain all works of Godliness and goodness.
“We fervently pray to Allah Subhaanahu wa Ta’ala to forgive and have mercy on him and let his final abode be Jannat al-Firdaus. May He give his family, friends, Associates, well-wishers and all those that are bereaved of him the fortitude to bear the separation.”