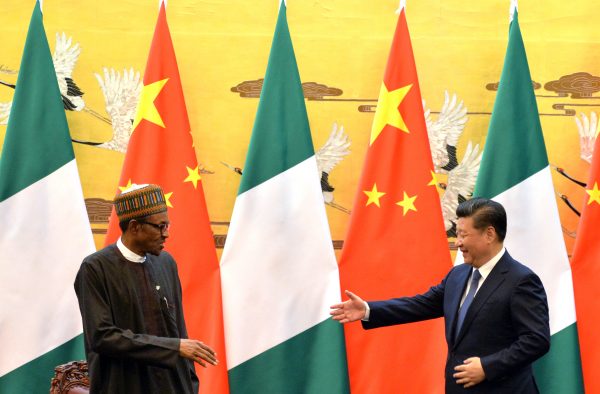 Editors and media managers have raised alarm over Chinese negative role in the Nigeria’s Democracy and media space.

At a training workshop for journalists today, January 7 in Abuja, as part of the unveiling a literacy guidebook on the China’s importation of some authoritarian ideologies into Nigerian Media space, guest speakers and participants described the guidebook as an eye opener.

The guidebook exposes unnoticed Chinese infiltration of Nigerian media space, in alleged pursuit of asserting its ideological agenda on Nigeria.

The organisers of the event, Sahel Standard Media, in a statement by the Project Manager, Farouk Mohammed described the guidebook as “the first of its kind in Nigeria and Sub-Sahara Africa, aimed at studying and identifying how China deploys sharp practices to Nigerian Media Space and how such practice had impacted on the democratic life of Nigeria.

“The guidebook identifies key tactics that Chinese operatives deploy in media influencing operations and also included strategies and means of countering such Maligning Influences. The guidebook also included long list of negative impact of such Chinese practices on Nigerian democracy.

“The guidebook is a goldmine of previously unpublished and unarticulated reality of China’s media influence. We expect this guidebook to empower journalists and media operatives to protect free press and democratic norms and practices,” Mohammed said.

In a paper presented by Dr. Anule Emmanuel titled: “Tracking and Countering Maligning Influences in News Rooms” he stressed the urgent need for Nigerian journalists, as watchdogs, to checkmate such antics by China.

He said that to counter maligning influences in the news rooms “we must be inquisitive and have investigative spirit, analytical mind, courage, integrity and patriotic.

“With good combination of our watchdog roles as the fourth estate of the realm and taking responsibilities of putting government in constant check, reveal abuse of state authority and protect the constitutional rights of citizens, it is possible to detect, track and counter maligning influences in our news room.”

This was even as the Deputy President of the Guild of Corporate Online Publishers (GOCOP), Danlami Nmodu, mni in his paper: “Democracy, Authoritarianism and Media: Choice for Free Press” advised Nigerians to strive to protect their democracy, adding that people have paid the price to ensure that democracy stands.

According to him, even though “Nigeria’s democracy is not perfect, but let us guard it jealously.”

Nmodu also advised stakeholders to establish Foundation to support independent journalism, even as he said that such foundations should encourage journalists to carry out independent investigations on issues bordering all sectors of Nigeria’s society.

Government, he said, must strategically engage with the media in the national interest, calling for an end to the hide and seek relationship between government and the media.

“The press which has constitutional role has always been under all manner of threats all through history. Let us help make the press free to serve the national interest better and to ensure robust debate.

“In fact, it is in the interest of the people, elite and all, for the press to remain free. We all need it always and especially at most critical junctures. Let us continue to nourish free press,” Nmodu said.

A PhD Student in Media Arts at the University of Abuja, Martins Odeh, in his paper: “Chinese Influence and Democracy: The Growing Threat” said: “we must at this stage clear the illusion about dividends of democracy.”

He argued that the dividends of democracy are not all about full employment, food on the table, light in the homes and working telephones.

“The truth, however, is that democracy has more to offer than food and good things of life.

“Democracy is democracy because of freedom of expression and liberty and the vehicle for measuring the quantum of freedom and liberty in any climes is the media of mass communication which do not exist in a vacuum.”

He added that the objectives of the paper is to expose participants to the realities of the negative entreaties of China to Nigeria and to strengthen the capacity of the Nigerian Journalists to be smart so that they can easily decipher and counter those measures.

China Coming To Nigeria With 5-Goal Strategy For Growth, Development

Reflections On China ‘2 Sessions’ And Lessons For Nigeria, By Mukhtar Imam