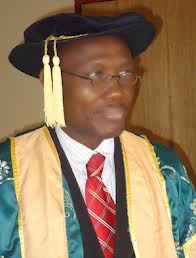 Immediate past Deputy Vice-Chancellor, Administration, of the Nnamdi Azikiwe University, Awka, Professor Joseph Eberendu Ahaneku has been picked as new Vice Chancellor of the institution.

He was appointed today by the Governing Council of the University. The Council is headed by Air Vice Marshal Larry Koinyan (Rtd).

According to a statement by the University’s Director of information and public relations, Emmanuel C. Ojukwu, Professor Ahaneku emerged new Vice-Chancellor following an exhaustive meeting held yesterday by the Council, which voted eight members for him and three members for his rival, Professor Greg Nwakoby.

He said that the new Vice Chancellor is a Professor of Chemical Pathology and a Fellow of Academy of Science. He was born in 1962.

Professor Ahaneku is said to be loaded with a wealth of experience. He is expected to assume office on June 3, 2014 as the fifth substantive Vice-Chancellor of the University. [myad]