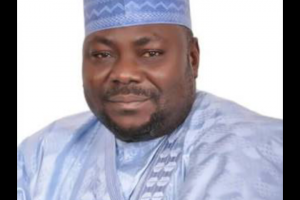 Chairman of the Federal Capital Territory (FCT) Secondary Education Board, Alhaji Yahaya Musa Muhammed has said that despite the negative situation Coronavirus has brought to health across the world, it came to open the eyes of education managers to the technology in learning.
Speaking today in Abuja at an interview with our Editor-In-Chief, Alhaji Yahaya Musa said that so far, since the outbreak of the pandemic last year, the Board had been able to introduce and expand e-learning in most of the senior secondary schools.
He said that most of the Senior secondary schools in the capital city now have Central Circuit Television (CCTV) now, in addition to virtual learning that looked impossible in the past.
The board chairman stressed that the various technologies being developed and applied now are meant to be useful in all kinds of circumstances, including any similar pandemic in the future.
“Covid 19 has brought with it, a lot of health challenges to the world and Nigeria and also some advantages. It challenges education planners on innovations never thought of before.”
Alhaji Yahaya Musa said that since assuming office as chairman of the board, no fewer than 63 new Senior Secondary Schools have sprang up, adding that the minister of the Federal Capital Territory (FCT), Muhammad Musa Bello has approved the establishment of 10 more of such school.
According to him, over 228 teaching staff have also been recruited, even as perimeter fences have been erected in most of the schools for the purpose of security in them.
Alhaji Yahaya Musa said that some mega schools, including the ones at Bwari and Tunga Maje have been established to cater for students with special ability.
According to him, 98 percent of abandoned projects by contractors have been completed since his coming in.