Home NEWS EDUCATION Double Tragedies For Boniface Over SexForGrades: Suspended As Pastor And As Lecturer 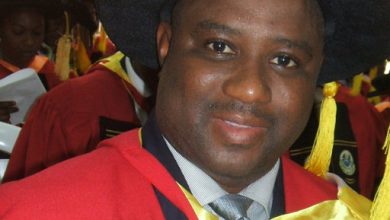 Dr. Boniface Igbeneghu has been suspended as a lecturer at the University of Lagos and as a presiding pastor of the Foursquare Gospel Church in Nigeria over an alleged sex-for-marks scandal.

Dr. Boniface had earlier been identified in a #SexForGrades undercover video, released by the British Broadcasting Corporation (BBC) today, October 7. Undercover journalist, Kiki Mordi, had disguised as a 17-year-old admission seeker in the video.

The Chancellor of the University of Lagos, Oluwatoyin Ogundipe, confirmed that Boniface has been suspended indefinitely, adding that a panel will be set up to investigate the matter.

This was even as the Foursquare Gospel Church in Nigeria announced that Dr. Boniface Igbeneghu had been asked to step down from all ministerial assignments.

In a statement today, October 7, National Secretary of the church, Rev. Ikechukwu Ugbaja, said that the Church had dissociated itself from alleged conduct of Dr. Boniface, even as he promised that the matter would be investigated.

The church reminded everyone that it is a “holiness and Bible-believing Church,” and that it does not condone such “heinous and unscriptural act” among its ministers.