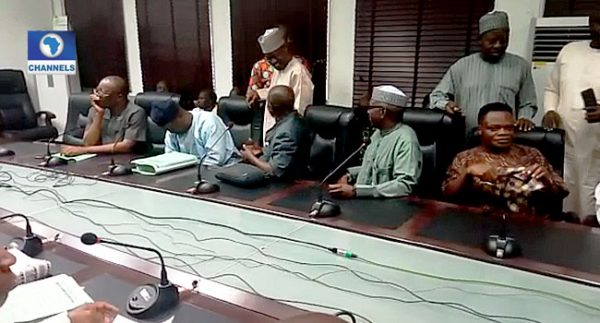 After months of dialogue with the Academic Staff Union of Universities (ASUU) resulting into failure, the Federal Government has referred the matter to the National Industrial Court of Nigeria (NICN) for adjudication.

The Minister of Labour and Employment, Senator Chris Ngige, took up the matter to the court in a referral instrument which he addressed to the Registrar of NICN and dated September 8,2022.

In the matter, billed for mention tomorrow, September 12, the Federal Government is asking the NICN to inquire into the legality or otherwise of the ongoing prolonged strike by ASUU leadership and members that had continued even after apprehension by the Minister of Labour and Employment.

In a statement by the Head, Press and Public Relations in the Federal Ministry of Labour and Employment, Olajide Oshundun, the government is asking the court to interpret in its entirety, the provisions of Section 18 LFN 2004, especially as it applies to the cessation of strike once a trade dispute is apprehended by the Minister of Labour and Employment and conciliation is ongoing.

Other requests are as follows: “Interpret the provisions of Section 43 of the Trade Dispute Act, Cap T8. LFN 2004, titled “Special Provision with Respect to payment of wages during Strikes and Lock-outs,” specifically dealing with the rights of employees/workers during the period of any strike or lock-out. Can ASUU or any other union that embarked on strike be asking to be paid salaries even with clear provisions of the law.

“Determine whether ASUU members are entitled to emoluments or “strike pay” during their period of strike, which commenced on February 14, 2022, moreso in view of our national law as provided in Section 43 of the TDA and the International Labour Principles on the right to strike as well as the decisions of the ILO Committee on Freedom of Association on the Subject.”

“Determine whether ASUU has the right to embark on strike over disputes as is the case in this instance by compelling the Federal Government to employ its own University Transparency Accountability Solution (UTAS) in the payment of the wages of its members as against the Integrated Payroll and Personnel Information System (IPPIS) universally used by the Federal Government in the nation for payment of wages of all her employees in the Federal Government Public Service of which university workers including ASUU members are part of or even where the government via NITDA subjected ASUU abd their counterpart UPPPS university payment platform system software to integrity test (vulnerability and stress test) and they failed.”

The Federal Government is also asking the court to determine the extent of ASUU’s demand since the 2020 Memorandum of Action (MOA) that the union signed with government. The demands include the funding for revitalisation of public universities as per 2009 agreement, Earned Academic Allowances (EAA) payments, state universities proliferation and constitution of visitation panels and release of white paper on the report of the visitation panels. The others are the reconstitution of the government renegotiation team for renegotiation of 2009 agreement, which was renegotiated 2013/2014, due for renegotiation 2018/2019 and the migration of ASUU members from IPPIS to its own UTAS, which is currently on test at NITDA.

Consequently, the Federal Government requested for an order of the Court for ASUU members to resume work in their various universities while the issues in dispute are being addressed by the NICN in consonance with the provisions of Section 18 (I) (b) of the TDA Cap T8. LFN 2004.