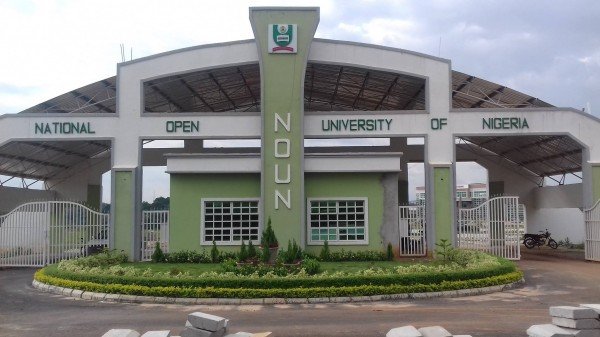 The Minister of the Federal Capital Territory (FCT), Malam Muhammad Musa Bello has challenged the National Open University of Nigeria (NOUN) to engage in research that will be of benefit to the city as a host community to the University.

The Minister who spoke when he received the Chairman and members of the Visitation Panel to the University in his office explained that centers of learning such as NOUN, should, in addition to carrying out their primary function of providing educational support to its students, also carry out research that will be beneficial and relevant to its immediate host communities.

“Centers of learning and research like your university should also, in addition to providing the needed educational support to the wider world, should also look at specific issues within the FCT and encourage your students and your faculty members to undertake appropriate research in areas that would be relevant to your immediate host community.

“You might want to say let’s do a study on the traffic situation and the requirement for public transportation in the FCT.”

Muhammad Bello asked the management of the University to invest more in the publicity of its activities and called for   greater mutually beneficial collaboration between the University and the FCT Administration.

He commended the founding fathers of the University for their Foresight in establishing the Institution, adding that many personnel of the FCT Administration have seized the opportunity provided by the University to acquire good quality education while earning their livelihood.

He pledged the cooperation of the FCT Administration to the Visitation Panel in the discharge of its assignment.

Speaking earlier, the Chairman of the Visitation Panel, Alh Isa Bello Sali said that the Panel was at the FCTA to appraise the FCT Minister on its activities and seek advice as it sets out to discharge its duties.

The Chairman said that the Panel was mandated to review the performance of the University with particular focus on the areas of governance, academic standards, quality assurance, management of finances, relationships between management, staff students and other stakeholders and the condition of physical infrastructure and advice government appropriately.

He said that the NOUN has a total of 103 study centers spread across the country with 5 of such centers located in the FCT in addition to its headquarters located within the Jabi Area of the city.