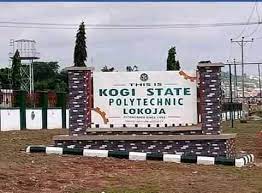 The Polytechnic also withdrew the provisional admissions of 217 students of the institution for poor academic performance.

In a statement today, August 10, the Head of the Public Relations and Protocol Unit of the institution, Mrs. Uredo Omale said that the decision to expel and withdraw the affected students was taken at a meeting of the Academic Board held yesterday, August 9, chaired by the Rector, Dr. Salisu O. Usman.

The statement reads in part “The Board, after due consideration of the recommendations of Student Disciplinary Committee, found Mr. Atolagbe guilty of conniving with one Mr. Gbenga Ayeni Michael (2017/ND/BUS/1032) who illegally tendered forged documents to obtain a statement of results which they also used to dupe other students.

“Consequently, the Board approved that the result of Mr. Gbenga Ayeni Micheal who is at large be withheld until he appears before the Disciplinary Committee for interrogation.”