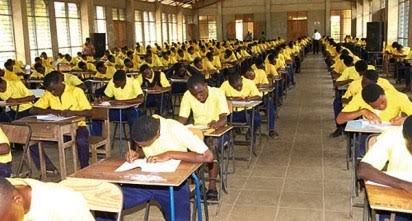 A None Governmental Organization (NGO), known as De Noble Club 10, Kogi Central, is planning to hold Education Summit on the challenges facing education in the area.

At its monthly meeting today, October 8, the Club appointed a six-man committee to plan the Summit, which is planned to involve all stakeholders.

The committee, headed by an educationist, Yusuf O. Ahmed, has as members, Engineer Shuaibu S. Salami, Saidu O. Yusuf, Editor-In-Chief of an online newspaper, Yusuf Ozi-Usman and Engineer Shuaibu Salawu, while Isa Sule Dania  is to serve as secretary.

Members of the Club expressed concern over the trend where candidates sitting for the West African Examination Council (WAEC) and similar examination bodies are made to buy their ways through while the said candidates are left with daft brain.

The Club observed that surrogates have made nonsense of proper acquisition of knowledge amongst the students and youths in the area, adding that most of the candidates who come out with purported good results in external examinations with some scoring A in all subjects, get into the universities only to be found to be completely empty headed.

The Club said that for a long time, hundreds of students have simply refused to concentrate on their books thereby ending up not been able to go to the next level in their educational pursuit and are not employable.

The President of the Club, Alhaji Abdulrazak Leramo charged the committee members to turn in the report by December, adding that people in the government, other NGOs, traditional institutions, educationists, representatives of the external examination bodies and many others are expected to attend the proposed Summit.