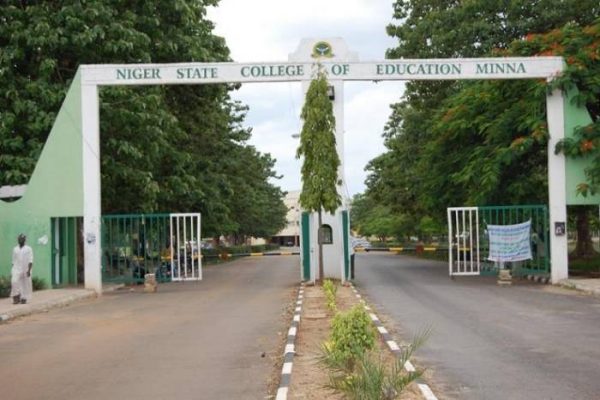 The Provost of the Niger State College of Education, Minna, Professor Mohammed  Auna has raised security alert over the take over of the 60 percent of the land of the institution by illegal artisanal miners.
Professor Auna said that the activities of these miners are posing serious security threats to the peace of the institution.
The Provost, who addressed newsmen today, November 11 as the institution prepares to conduct its combined convocations for 2017/2018, 2018/2019, 2019/2020 academic sessions, on November 13, said that the college’s security  officials have been over stretched due to the influx of these illegal miners.
”To this end, the college has engaged the services of about 30  local vigilantes to complement the efforts of the efforts of the college ‘s internal security personnel.
”The institution has therefore banned the movement of both students and visitors in and out of the college between the hours of 10:00p.m. to 6:00a.m.”
On the 28th combined convocation of the institution, Professor Auna said that a total of 3,655 students would graduate.
He said that the students, who covered the period of three years would be awarded the National Certificates in Education (NCE).
He said the numbers cut across the seven schools in the college, comprising School of Art and Social Sciences Education with1,121, School of Education, 621, and the School of Language Education, having 272.
Others are School of Sciences Education – 802, School of Technical Education –  131, School of Vocational Education – 323 and Center of Continuing Education, graduating 385.
Professor Auna used the occasion to highlight some achievements recorded by the college under his leadership in the last four years.
He enumerated some of them to include improved staff and students’  welfare, as well as a bolstered  teaching and learning environment, among  others.
Source: NAN.