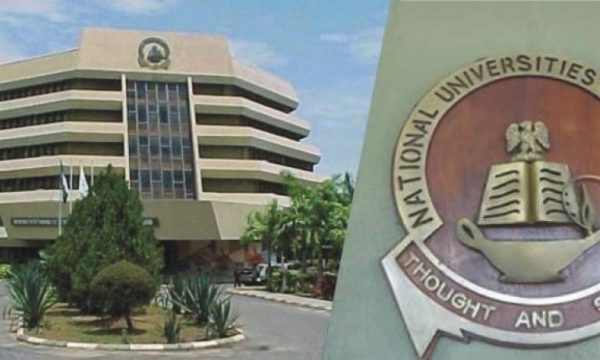 The National University Commission (NUC) has given the go ahead for the take-off of fifteen new courses, six undergraduate and seven post-graduate in Tansian University, Umunya Anambra State, for the 2022/2023 Academic Session.

The Vice-Chancellor of the university, Professor Eugene Okoye Nwadialor announced today, October 29 during the emergency meeting of the senate of the University, said that he received the approval letter from the Executive Secretary NUC Abuja, Professor Abubakar Rasheed.

The approved six new undergraduate courses, according to the Vice Chancellor are Medical Laboratory, Radiograph/Medical Imaging and Public Health.

He said that the courses are Accounting, Business Administration, Philosophy and Political Science. The other post-graduate courses, the VC further said including Microbiology, Bio-Chemistry, Computer Science, Journalism/ Media Studies as well as Broadcasting.

A statement by the institution’s spokesman, Bony Amalu, recalled that a team of experts from NUC had last September, visited Tansian University, to assess the institution’s readiness for the six new undergraduate and seven post-graduate courses.