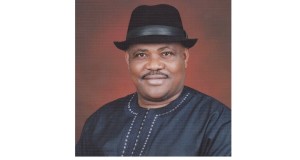 Obi-Obasi, who performed last week at the opening of the First Annual Conference of Certified Librarians in Abuja, had impressed the minister with his poem titled: “Nigeria my country.”

The minister said that the government of Jonathan had always placed emphasis on discovering talents and encouraging them, adding: “such rare display of talents by our young ones is an indication that in spite of the current challenges, there is still hope for our country.”

The minister said that the N6 million, which would be paid at once, would cover Obi-Obasi’s school expenses for the completion of his secondary education.

Obi-Obasi thanked President Jonathan for the scholarship and advised his peers to identify their talents and put them to good use.

He hoped to develop his talent in writing and poetry, and also wish to read law in the University.

Also speaking, mother of the boy, Mrs. Chinyere Obi-Obasi, described her son’s success as a `moment of joy’ for the family.

She said that her family would forever remain grateful to the present administration for the award. [myad]