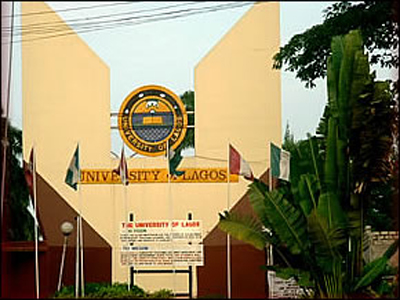 Two years after they were exposed in the sex-for-grades documentary by the British Broadcasting Corporation (BBC), two senior lecturers of the University of Lagos (UNILAG), Akoka have been sacked.

The University had set up a panel to investigate the allegations of sexual harassment against two of its lecturers indicted in the sex-for-grades scandal.

Wearing a secret camera, a reporter, Kiki Mordi, had visited Igbeneghu, posing as a 17-year-old admission seeker. The clip went on to show the lecturer making sexual overtures to the reporter.

The lecturer, in one of the recorded meetings, described a section of the school’s staff club as the “cold room” where lecturers make out with female students.

“There’s an upper part of the staff club where lecturers take girls to for smooching and romance.”

In October 2019, Igbeneghu and Oladipo were suspended by UNILAG pending the outcome of investigations by the investigative panel set up to look into the matter.

The panel, headed by Prof Ayodele Atsenuwa, a professor of Public Law, who was then the Dean of Faculty of Law looked into the case.

A statement from the Public Affairs Unit of the institution, dated June 2, 2021, said the governing council has approved the immediate dismissal of Igbeneghu and Oladipo from the services of the university.

The statement said the decision was taken at a council meeting, which considered the report and findings of the Senate committee set up to investigate the allegations of sexual harassment against the two lecturers in a BBC investigative series, titled, African Eye, which centred on sexual harassment in tertiary institutions.

“The council consequently decided and approved that both Dr Boniface Igbeneghu and Dr Samuel Oladipo be dismissed from the services of the university for misconduct, with effect from Monday, May 31, 2021, in line with Section 18 of the University of Lagos Act 1967.”

The council further directed the university management to review the sexual harassment policy as may be necessary and institute effective strategies to prevent future occurrence.

‘Sex for grade’ is one of the problems confronting the nation’s tertiary institutions.

A lecturer at Obafemi Awolowo University (OAU), Prof. Richard Akindele, lost his job in similar circumstances after a report of his ”sex-for-mark” scandal trended on social media.

Double Tragedies For Boniface Over SexForGrades: Suspended As Pastor And As Lecturer

Double Tragedies For Boniface Over SexForGrades: Suspended As Pastor And As Lecturer