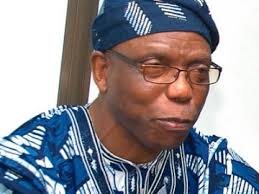 National Universities Commission (NUC), the body charged with setting standards for Nigerian Universities has announced the abolition in all the universities, of pass degree for student to earn graduation. The new rule takes effect from the 2013/ 2014 academic session.
Announcing the new standard for graduation yesterday at the 2014/2015 matriculation of 4,133 students of the Usmanu Danfodiyo University, Sokoto, the Institution’s Vice Chancellor, Professor Abdullahi Zuru, said: “this will have far reaching implications on the grading system of students in universities.
“This means that the minimum pass mark for courses in the universities will now be 45 per cent: that is D-grade, instead of the previous 40 per cent which was E-grade. It also means that the minimum class of degree to be earned by students will now be Third Class.”
He emphasised that henceforth, no university student will graduate with a Pass Degree, even as he enjoined the students to work hard to earn their stay in the university.
The vice chancellor also advised them to shun extremism, bigotry, violence, ethnicity, political intolerance and religious prejudice.
Professor Zuru commended the Federal Government and its agencies for fully transforming the landscape of the university.
Earlier, the Dean of Students Affairs, Dr. Adamu Aliero warned that any student that flouted the rules and regulations of the university would be sanctioned.
He assured the students that the management of the institution would continue to accord top priority to their welfare.
In a remark, Mr. Aminu Wushishi, Chairman of the caretaker committee of the students union government, assured that the students would be law abiding. [myad]