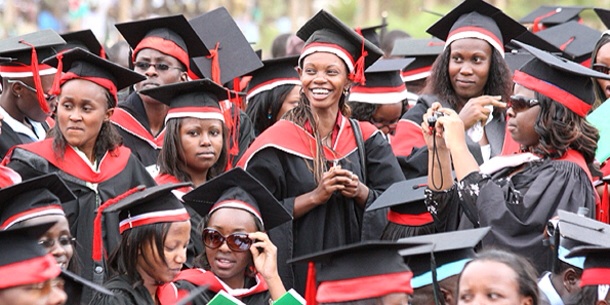 The Chairman of the Committee, Professor Samuel Edoumiekumo, who spoke yesterday, June 30 at the launch of the Intellectual Property Policy Document for Universities in Abuja.

“We plead that drastic action is taken to stem the hemorrhage that the system is currently witnessing. For the sake of our children and our society, we need the decision,” he said.

Speaking on the policy document being launched, Edoumiekumo explained that the document had been through six stages of preparation and conforms with the World Intellectual Property Organisations (WIPO) format on Intellectual property policy development.

“Intellectual property became the focal point of the deliberation given its essential role in the academic operations of universities in particular and the principal role of ideas in a knowledge-driven economy and society”.

According to him, “over the years, there have been several attempts by the Copyright Commission, which is the regulatory body, to ensure that academic institutions properly codify their intellectual property policies to conform with the World Intellectual Property format”.

“The CVCNU recognized this as a significant venture and worked with the NCC to develop a model intellectual property policy upon which universities that do not currently have one can build.

“The model policy document contains clauses that clearly state the ownership of ideas and inventions that are developed with resources from the universities and the rights of use,” he said.

He explained that the document clarifies issues relating to research contracts, incentives, rewards and compensation for intellectual property that arise from its commercialization.

“It advises on how to maintain IP assets and resolve conflicts of interests, conflicts of commitments, and other disputes. A vital part of the draft document is how to accommodate the Expression of Folklore, Traditional Knowledge, and Genetic Resources in our IP policy document.

“Following today’s presentation, we expect our universities to develop their policies based on their particular operating environment and upload their final Senate-approved copies of the WIPO portal for global access.

“The CVCNU will track this development and constantly report to its members’ and stakeholders’ progress in this regard,” he said.

ASUU has been on strike since February 14th, 2022, citing different demands that the FG had failed to meet as its reasons. Some of the demands include payments of salary arrears, better working conditions, renegotiation of the 2009 FG-ASUU agreement, payment of earned academic allowances, funds for the revitalization of public universities, and promotion arrears, and poor funding of state universities.

Other tertiary institution unions also on strike include the Senior Staff Association of Nigerian Universities (SSANU), the Non-Academic Staff Union of Educational and Associated Institutions (NASU), and the National Association of Academic Technologists (NAAT).

SSANU and NASU had announced the extension of their strike by two months on Wednesday, 22nd June, saying that the strike would only end when the Federal Government meets members’ demands.

Another tertiary education institution currently on strike is the Colleges of Education Academic Staff Union (COEASU) which announced the commencement of a one-month strike starting on Tuesday, June 14, 2022.