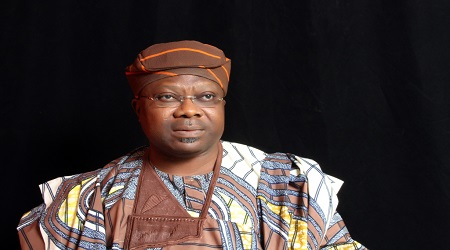 The EFCC had, last month in a statement by the Head, Media and Publicity, Mr. Wilson Uwujaren, declared Omisore wanted in connection with a case of receiving and misappropriating the amount from NSA between June and November, 2014.

Authoritative sources from the Commission confirmed Omisore’s arrest on Sunday, saying that “he is currently being detained. Yes, he has been arrested, detained and undergoing interrogation. That’s what I can say for now.”

Uwujaren said that the Peoples Democratic Party (PDP) chieftain has been elusive and refused to report to the Commission after invitation was extended to him on April 7, 2016 requesting him to come and make clarification on the ongoing investigation.

Instead of responding to the Commission’s investigation, he said, Omosore had approached the Federal Capital Territory (FCT) High Court for the enforcement of his fundamental human rights.

“Justice Husseini Baba Yusuf consequently ordered that Omisore should only be arrested through a due and legal process.”

According to him, the EFCC had thereafter obtained a warrant to effect the arrest of the politician. [myad]