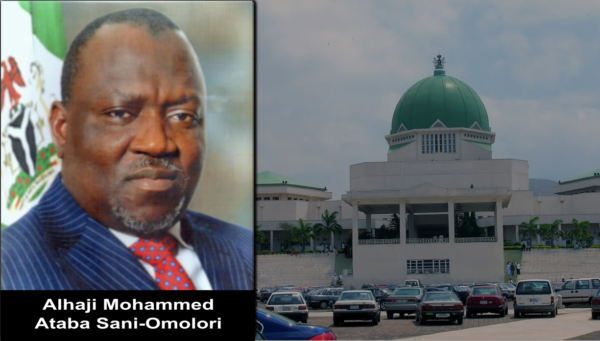 The Economic and Financial Crimes Commission (EFCC) has seized the international passport of the Clerk to the National Assembly (CAN), Alhaji Mohammed Ataba Sani Omolori after being subjected to six hours interrogated yesterday, Tuesday. The interrogation was said to be part of the moves to effect changes on the mode of conducting the election into the leadership of the National Assembly.

It was gathered the EFCC invited the CNA on issues related to records of finances of the Assembly as well as the inauguration of the ninth National Assembly.

It was gathered that Ataba Omolori who was not seen at the National Assembly the whole of yesterday, was interrogated by the officiers of the EFCC from 11am to 5pm.

Apart from initial questions on records of finances of the National Assembly, it was gathered that Ataba Omolori was asked a specific question on the method of election of the presiding officers of the ninth National Assembly, just as he was said to have been asked which of the rules he would use for the election.

The high point of Omolori’s stay at the EFCC was the seizure of his international passport.

Prior to Ataba Omolori’s invitation, the former Clerk to the National Assembly, Salisu Abubakar Maikasuwa, was equally quizzed.

It was gathered that Clerks, Desk officers and other key officials of the National Assembly including the Clerk of the Senate, Clerk of the House of Representatives as well as their deputies were also invited to the commission today, Wednesday.

How Abdulmumuni Jibrin Becomes Kingmaker In House Of Reps, By Idris Omolabake