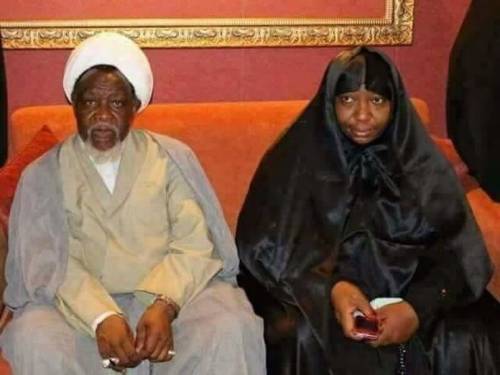 The leader of the Islamic Movement in Nigeria (IMN), Sheikh Ibraheem El-Zakzaky and his wife, Zeenat, have been released from the Kaduna Correctional Centre.

The duo were released a few hours after Justice Gideon Kurada of the Kaduna State High Court discharged and acquitted them on an eight-count charge of culpable homicide, disruption of public peace, and unlawful assembly filed against them by the Kaduna State government.

The defence counsel, Femi Falana (SAN), who addressed journalists after the court’s ruling, confirmed that El-Zakzaky and his wife had already left the state for an undisclosed destination.

El-Zakzaky and his wife were released five years after they were first detained on the order of the Kaduna State government.

The government had accused the couple of being responsible for the death of a soldier during a rally by the Shiites members in Zaria.

In the ruling today, July 28, the judge held that the charges filed by the government in 2018 under the Kaduna State Penal Code 2017 over offences allegedly committed on December 12, 2015, are incompetent and abuse of court process.

See also:  We Lost 2 Officers, 2 Expatriates, 2 Others To Unknown Gunmen In Kogi

He ordered the Nigerian Correctional Service (NCoS) to immediately release the couple from detention.