Home NEWS ENDSARS: 95 Percent Of Hoodlums Who Burn Properties In Lagos Are Yoruba,... 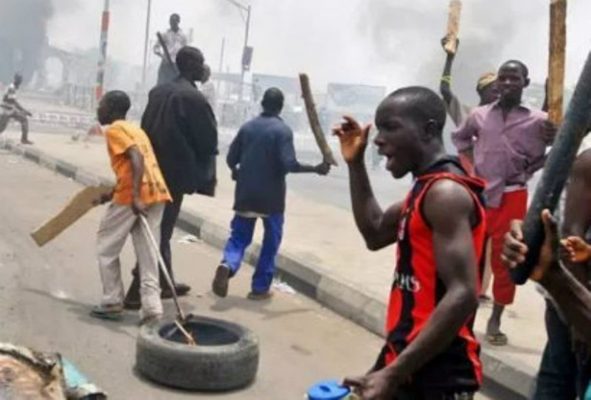 The Lagos State Police command has released the names of those who burn public and private properties and have been arrested in connection with the violent ENDSARS demonstration in the Lagos metropolis, confirming that 95 percent are Yoruba people. The police also confirmed the recovery of six more rifles stolen from two police stations.

The suspects were said to have been apprehended following painstaking analyses of video recordings made during the mayhem and their evidence played to them after they were individually caught.

Among the suspects who were paraded yesterday were as follows:

The Lagos Police, Hakeem Odumosu, Madu, Banuso, and Dike allegedly took part in the burning and looting of  Ilogbo Police post and Ilemba Hausa Police Division where police and exhibit vehicles were burnt.

The statement said that the trio stole an unregistered tricycle from the police premises, adding that they were arrested by detectives deployed to fish out culprits of the violence.

“The exercise paid off, as after four days, the suspects Chibuike Madu, Maruf Banuso and Timothy Dike were arrested in connection with the crime. One unregistered tricycle and motor battery stolen from the burnt Ilogbo Police Post were recovered from them. It was revealed that the suspects participated in the burning of the said Police Post.”