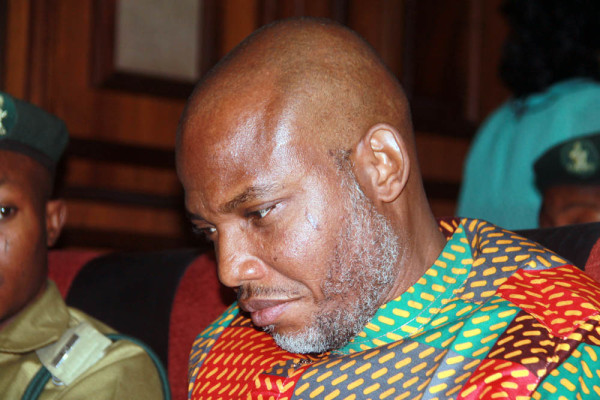 The detained leader of the proscribed Indigenous People of Biafra (IPOB), Nnamdi Kanu, has accused those he referred to as “enemies of his peaceful movement” of funding the sit-at-home order in the South East, asking the people of the region to fish out the criminals from their hideouts.

Speaking today, December 13, through his Counsel, Ifeanyi Ejiofor, at the Department of State Services (DSS), in Abuja, during his routine meeting with his legal team, Kanu commended the people of the South East for ignoring the recent sit-at-home order in the region.

“Onyendu Kanu directed that the criminals who are still on rampage, ostensibly being funded by the enemies of his peaceful movement in their desperate bid to ensure that our land is completely destroyed, should be fished out from their hideouts.”

The detained leader requested that UmuChineke should monitor the modus operandi of the financiers of the mayhem in the Southeast, whom he described as “soulless beings” and that they should be discretely smoked out from their various hideouts.

Kanu condemned the killings and destruction by these criminal elements.

Lately, there has been a series of killings and destructions in the South East.