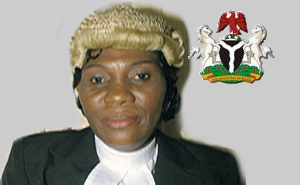 Federal High Court sitting in Enugu has threatened to commit the Inspector General of Police (IGP) to prison for allegedly flouting the court’s order in the enforcement of fundamental rights matter brought before the court by Speaker of Enugu State House of Assembly. This is as the crisis in Enugu State House of Assembly which has pitched 15 lawmakers against Governor Sullivan Chime rages on.

The threat was contained in a Notice of Consequence of Disobedience of Court Order (Form 48), signed by the Registrar Federal High Court Enugu and addressed to the Inspector General of Police, Force Headquarters Abuja.

A copy of the Form 48 obtained by reporters reads: “Take notice that unless you obey the directions contained in this Court order, you will be guilty of contempt of Court and will be liable to be committed to prison.”

It was gathered that the invitation may not be unconnected with some of the allegations raised against the governor by the lawmakers in their impeachment notice.

Odo who confirmed the development to journalists said that the police extended an invitation to him and former National Auditor of Peoples Democratic Party (PDP), Ray Nnaji and some members of the House.
Odo recalled that he had procured a court order directing police to restrain themselves from curtailing the liberty of his humble self and 14 other members of the House of Assembly.
“This order was served on Wednesday and Commissioner of Police has received same. I wish to formally bring to your notice that up till this morning, the Commissioner of Police has not obeyed the order.
“Instead, in the evening of yesterday, the Commissioner of Police through his office on account of a petition that was written by His Excellency, the Governor, invited me to appear at the State Police. [myad]