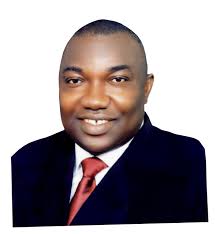 Governor-elect of Enugu state, Hon. Ifeanyi Ugwuanyi has thanked the electorate for entrusting the development of the state in his hand by voting for him even as he made it clear that he was committed to maintaining what he called a seamless continuity and consolidation from where Governor Sullivan Chime would stop by May 29 when he would formally assume the reins of government in the state.

Ugwuanyi spoke in an acceptance speech he presented to the people of Enugu state in appreciation of his victory at the April 11 governorship election. He contested on the platform of the Peoples Democratic Party (PDP).

He said that his administration would be anchored on a 4-point agenda of Employment Generation,  Social Services and Good Governance,  Rural Development,  Security and Justice which would run concurrently with the present administration’s 4-Point agenda of Physical Infrastructure,  Economic Expansion and Employment,  Rural Development and Service Delivery which he hopes to see through.

“Government is a contiuum. And when a people are lucky to have been blessed with a foresighted leader who has laid a solid foundation for the socio-economic development of our state within the last 8 years, it is only rational to continue and consolidate that vision.”

He noted that the victory was not just for him and his Deputy, Mrs. Cecilia Ezeilo but for the people of the state who he said came out in their numbers to vote massively for him and by so doing accepted the proposals he offered durjng the campaign season. He said he would reward them with good governance.

He also extended hand of fellowship to those who contested against him asking them to come and join him in moving the state forward because according to him “there is work to be done.”

While commending INEC for conducting a free and fair election which he said had been widely acknowledged as transparent and credible, devoid of any moral burden of legitimacy crisis, the incoming governor also appreciated the security agencies and other related bodies for ensuring peace and security. [myad]