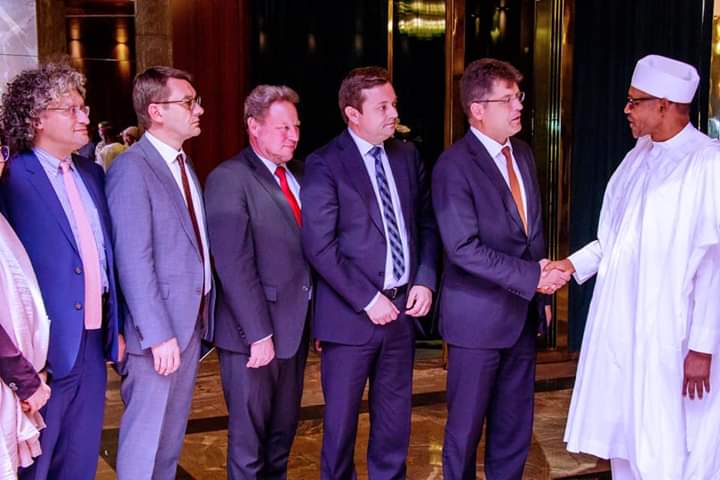 The European Union on Friday announced the sum of €26.5m to support victims of insurgency in the North East of Nigeria.
The amount, which was announced by the visiting European Commissioner for Humanitarian and Crisis Management, Janez Lenarcic, is the EU’s first emergency package for the year 2020, which is expected to increase as new challenges emerge and it also formed part of the EU’s new strategy for Africa.
Lenarcic spoke today, January 24 at a joint Press Briefing with the Minister of Humanitarian Affairs, Disaster Management and Social Development, Hajiya Sadiya Farouq, just as the United Nations (UN) condemned the increasing attacks and killings of aid workers in the North East Area of Nigeria.
The EU Commissioner said that the aid package wIII provide food aid, access to clean water and sanitation facilities, shelter, basic primary healthcare and education for children caught up in the conflict.
“The EU is one of the leading donors of humanitarian and development aid In Nigeria With more than £830 mIIIIon provided since 2014”, he said.
The envoy disclosed that he chose to visit Nigeria first on assumption of office because Nigeria is a top priority to the EU.
He assured that the EU was ready to partner with the new ministry so as to improve humanitarian assistance to Nigeria.
He however harped on the need for Nigeria to create access to millions of people in the North East area ravaged by activities of the Boko Haram.
“I saw first-hand today the suffering that conflict has brought to people’s lives and how crucial humanitarian aid Is to people’s survival.
“What matters most is that humanitarian organisations can reach all the people in need, without restrictions, including in areas under the Influence of non-state armed groups.
“It is vital that all States and parties to armed conflicts respect their obligation to allow and facilitate the rapid and unimpeded passage of humanitarian relief.
“It is also key to implement in parallel a comprehensive strategy in the region, exploring political tracks while addressing the root causes of the conflict.”
Also speaking, the United Nations Humanitarian Coordinator in Nigeria, Edward Kallon, noted that the visit was timely as it came at a critical time when the people of Borno State were facing increasing challenges.
“We are extremely worried about the challenges faced by civilians and aid workers in the northeastern states of Borno. Adamawa and Yobe.
According to him, the area in recent weeks, has seen an upsurge in violent attacks from non-state armed groups and an increasmg trend of illegal checkpoints on major supply and commercial routes directly targeting civilians, authorities and aid workers in Borno State.
“Over the past year, 180,000 civilians have been forced to leave everything behind in search of safety and basic services, some of them for the second or third time. Over 1.8 million people, across the three crisis-affected states which is almost the equivalent of the entire population of Slovenia, the country Commissioner Lenarcic comes from – are still living in camps or hosted in other communities, who are themselves becoming extremely vulnerable”, he said.
Kallon noted that people in Borno, Adamawa and Yobe states who had started to recover from the crisis, are hit once again by violence or confronted With the impossibllity of reaching the resources they need to provide for their families.
He said the situation was worsened because those who were providing assistance are directly targeted for attack in violation of international humanitarian law.
“Excellencies, ladies and gentlemen, we are extremely worried that aid workers who are mostly Nigerians working to deliver critical lifesaving humanitanan assistance to fellow compatriots, have increasingly become direct targets of attacks and abductions by non-state armed groups.
“In 2019 alone 12 aid workers were deliberately and brutally murdered by non-state armed groups. And we must remember our fellow aid workers Grace Taku, who was abducted on July 26, 2019 and Alice Loksha. who was abducted on March 1, 2018. They are Nigerian women. They are sisters. They are daughters. They are Still In captivity and we must do our utmost to ensure their safe release and return to their families.”
He however noted that the ability to provide humanitarian assistance to millions of people affected by the crisis will depend on a secured and safe envnronment and urged Nigeria to do all within her powers to end the crisis.
He called on Nigeria to continue to work with the international community in trust building, even as he called for a political resolution.
He added that the crisis is rooted in developmental issues, poverty, poor governance as well as climate change challenges.