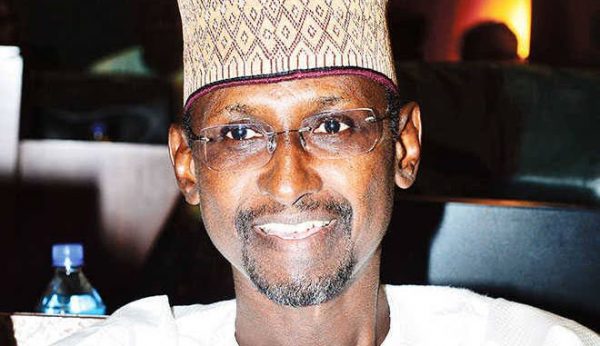 Minister of the Federal Capital Territory (FCT), Malam Muhammad Musa Bello has rolled out drum to celebrate as the Independent Corrupt Practices and other related offences Commission (ICPC) scored his Administration’s performance high in the Integrity Compliance.

Malam Musa Bello who was speaking at a sensitization workshop organized by the Anti-corruption and Transparency Unit (ACTU) of the FCTA today, September 9, commended workers in the ministry for the feat.

“I’m proud to say that as reflected in the comments of the representative of the ICPC, with respect to the ICPC and integrity compliance scorecard and how the FCT was rated, it is all reflective of the collective efforts done by all of you.”

The Minister however advised the staff to strive to remain on top, saying: “the greatest difficulty is to be at the top because you have nowhere to go from there.

“The feeling of moving from a lower position on a scorecard or on a chart is very nice, very beautiful. But opposite is very traumatic. Once you are rated high and then you fall below, the psychological impact can be best imagined.”

Malam Musa Bello therefore called on the staff to live by the established standard and only aim to surpass it, stressing the need for them not to be a part of a conspiracy of silence as this will only encourage the entrenchment of corruption.

See also:  2023: Presidency Does Not Buy Idea Of Interim Govt, Insists On Elected One

He quoted President Muhammad Buhari’s ‘If we don’t kill corruption, corruption will kill us’, to remind the workers that corruption has many facets.

“The reality is even if you are not corrupt, you should not be an observer because if you do not fight corruption, then it’s going to negatively affect you.

“Take a typical example: if you allow corruption in the medical system to happen and you say well it doesn’t affect me, you don’t know tomorrow you will be the victim that need attention in the outpatient department or in the emergency room and you will be surprised.”

Earlier the FCTA Permanent Secretary, Olusade Adesola  said that the workshop was the beginning of a series of conversations and engagements on anti-corruption activities and commended the ICPC for its support for activities by the FCTA to stamp corruption out of the system.

He stressed that the fight against corruption is not a one person’s fight.

In his remarks, the representative of ICPC Chairman, Barrister Abia Udofia commended the FCT for coming first in the Ethics, Integrity and Compliance Scorecard that was administered last year, attributing the success to active part ACTU is playing in driving the way of anti-corruption for Administration.