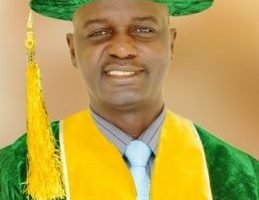 The Minister of State, Federal Capital Territory (FCT), Dr Ramatu Tijjani Aliyu, a daughter of Kogi State has described the newly appointed Vice Chancellor of the Federal University, Lokoja, Kogi State, Professor Olayemi Akinwumi as an asset to the institution.
She said that the appointment of Professor Akinwumi is a blessing to the university “as the erudite Professor who was until his new appointment a Professor of African History and the Deputy Vice Chancellor (Academics) of Nassarawa State University- Keffi, will bring to bear his wealth of academic and administrative experiences in charting a new course for the Institution.” 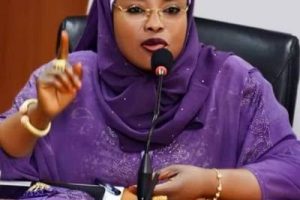 In a statement today, December 19, the minister expressed unreserved solidarity with the people of Kogi State, adding that the appointment is a testamentary to Professor Akinwumi’s legendary scholarship in African History.
She expressed her consistent support with Governor Yahaya Adoza Bello in appointing Professor Akinwumi as the first indigenous Vice Chancellor of Federal University- Lokoja.
Dr. Ramatu Aliyu appreciated the Professor’s quest for knowledge and perfection and as an asset to the Kogi University.
She rejoiced “with the beautiful people of Kogi State over one of theirs,” even as she called on the University community to rise up to the occasion with this well deserved and erudite leadership to re-didicate themselves to positively turning around of the fortunes of the Institution.