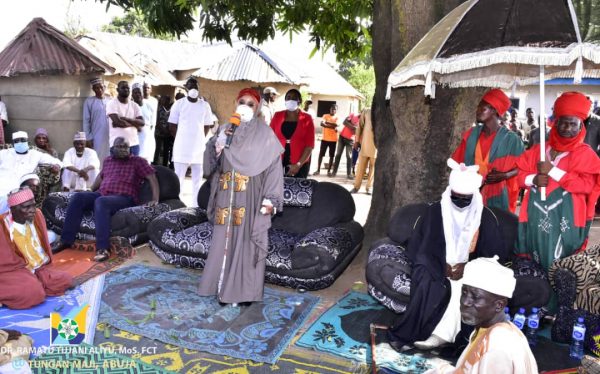 The Minister of State for the Federal Capital Territory (FCT),  Dr. Ramatu Tijjani Aliyu, has intervened in the age-long land dispute between the indigenous Gbagy people and their hosts at Tungamaji area of the capital city.
The minister, who arrived at the village yesterday, April 7, first paid a visit on the traditional ruler of the area for consultation.
Dr. Ramatu Tijjani then went round the affected land on Mediation/Peace mission.
The minister vowed to resolve the land dispute that has existed within the area for so many  years. 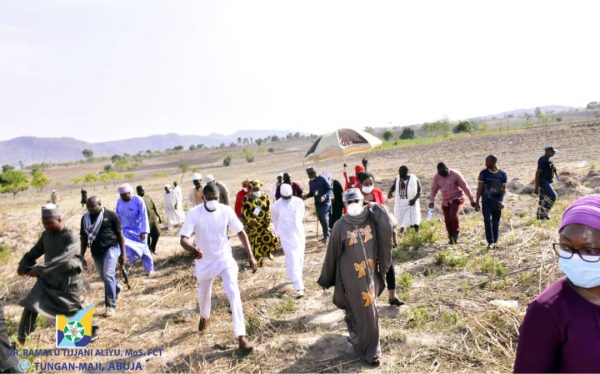 A statement today, April 8, from the office of the minister of state said that the land dispute has been in existence for many years with no attempt to settle or resolve it.
It would be recalled that the indigenous Gbagyi people staged a protest at National Assembly a couple of years ago but since then, nothing has been done to address the matter.
The statement said that the people of the area were so happy with Dr. Ramatu that their traditional head conferred a traditional title of Mummy FCT on her.
They pray that God will uplift the minister  to a higher responsibility.

See also:  I’m Eager To Go, To My House In Daura, Not Kaduna; It’s Too Close To Abuja - Buhari