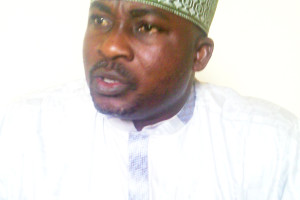 The Traders Association in Kuje Area Council of the Federal Capital Territory (FCT) have taken to the streets, demonstrating against the astronomical  increase in the tax they pay to the Area Council from N3,000 to N36,000.

The traders shut their shops and marched on major streets in the council as business activities were generally brought to a standstill on Friday.
The acting chairman of the traders’ association, Uche Nwokedi, said that the protest was also to express the association’s displeasure with the use of force and touts by the consultant engaged by the Area Council to collect the taxes.
He said that some members of the association were on Thursday taken to court by the consultant for failure to pay what the traders called “outrageous tax.”
He said that the use of the court to introduce higher taxes instead of dialogue was not in the best interest of the traders and the council.
“Most of us, including those taken to court paid our taxes since January and we have our receipts with us. The consultant has not engaged us before coming up with these outrageous taxes and we will resist it.”
The Chairman of Kuje Area Council, Alhaji Abdullahi Galadima, while addressing the protesters said that the council was unaware that some members of the association were taken to court by the consultant.
He expressed dismay at the development, saying that the consultant had not been officially engaged to collect taxes on behalf of the council.
Galadima said: “the consultant approached us when we advertised and we only had an oral agreement with him to go out and see how he could convince and dialogue with the people to pay their taxes.
“Our agreement with him is on temporary basis; he has not been fully engaged by the council because no document has been given to him. This administration is committed to the protection of the rights of all residents.
“So, issues like this, engagements and town hall meetings, are what are needed.”
The council chairman, who ordered the withdrawal of the cases from the court, urged the traders to be calm and go about their normal businesses.
He said that the consultant has been warned against the use of force and touts to collect revenue. [myad]