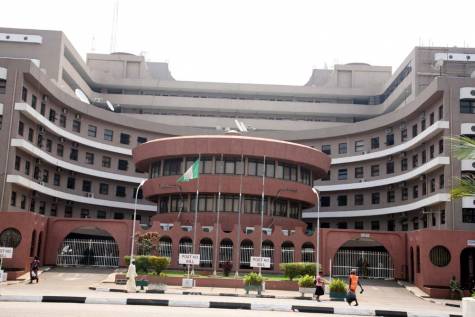 The Federal Capital Territory Administration has been granted the sum of N8,110,665,676.79 by the Federal Government to begin renovation works on the Federal Secretariat Complex Phase One in Abuja.

Minister of the Federal Capital Territory (FCT), Malam Muhammad Musa Bello, who flagged off the rehabilitation project today, November 8, in a brief ceremony at the Secretariat complex, described the exercise as a milestone in the efforts by the FCTA to rehabilitate public buildings and infrastructure in the FCT.

The Minister confirmed that the Federal Secretariat Complex, like many other public buildings in the FCT, was constructed 30 years ago and have been begging for rehabilitation.

According to the minister, the exercise is the culmination of several discussions with the Head of the Civil Service of the Federation who was very passionate about the provision of conducive working environment for civil servants.

Muhammad Musa Bello admitted that budgetary provisions have been the constraint and called for concerted efforts to ensure adequate funding.

“This phase of what we are doing is just a tip of the iceberg in what needs to be done. We have to all work together to get funding to rehabilitate this building and all the other public buildings in Abuja.”

The Minister said that his Administration has spent most of its time completing ongoing projects and is now trying to rehabilitate the roads that were built 30 years ago.

Muhammad Musa Bello frowned at the level of abuse of public buildings in the FCT, even as he called for reforms in the existing procurement system for the maintenance of public facilities.

Earlier, the Head of Civil Service of the Federation, Dr. Folashade Esan, commended the FCT Administration for working to ensure that the environment where civil servants spend most of their times is conducive with the added benefits of increased productivity.

She expressed delight that this phase of rehabilitation project is dealing with critical wet areas like conveniences, and called on the construction company, Julius Berger (Nig) Plc to ensure that it is completed in good time.

Also, the Executive Secretary of the FCDA, Engr. Shehu Hadi Ahmad explained that the Federal Executive Council (FEC), after due process, approved the award of the Phase 1 of the contract to Messrs. Julius Berger Plc at the sum of N8,110,665,676.79 with completion period of 24 months.

Engr. Ahmad said that the contractor has mobilized fully to site and commenced work, while government has met up with its financial obligation to the contractor as at date.

He added that the rehabilitation work would be carried out in phases, to ensure that government activities are not paralyzed as work goes on.

Director of Public Buildings in the FCT Administration, Architect Adebowale Ademo, said that the phase 1 involves the rehabilitation of the wet areas, conveniences in all the floors, construction of new lifts, painting, and repairs of pervasive leaking roofs across the building among others.

This was even as the Project Manager of Julius Berger Plc, Oliver Berger commended the Federal Government for committing to the maintenance of public infrastructure, assuring that the company will, in conjunction with the users of the building, ensure that all works are carried out successfully while still providing comfort to the civil servants at work.