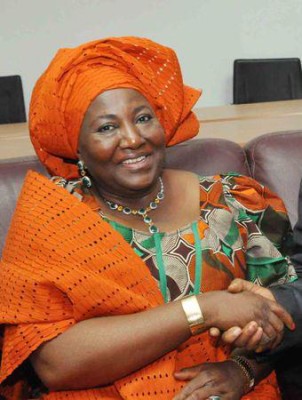 The federal government of Nigeria has said that though it did not feel happy with the execution of four Nigerians in Indonesia following their conviction for drug trafficking but that they should know that violation of any country’s law would attract deadly penalty.

The nation’s minister of information, Mrs. Patricia Akwashiki told newsmen today after the weekly Federal Executive Council (FEC) at the Presidential Villa, Abuja that the execution of Nigerians among other nationals was unfortunate and unacceptable.

“The Foreign Affairs ministry has been on it before the execution. It is unfortunate that any of our citizens will have to be killed like that. We do not agree with what Indonisia did like any other person.

“And we also ceased this opportunity to advise Nigerians travelling abroad that these countries made it clear when they issue visas- it is there in red- that ‘penalty for drug trafficking is death.’

“Please let us beware; it is respect because that is their law, they will not bulge; they will not shift. In as much as we condemn we also advise and we plead with Nigerians outside to desist from carrying drugs, the ultimate end is firing squad.”