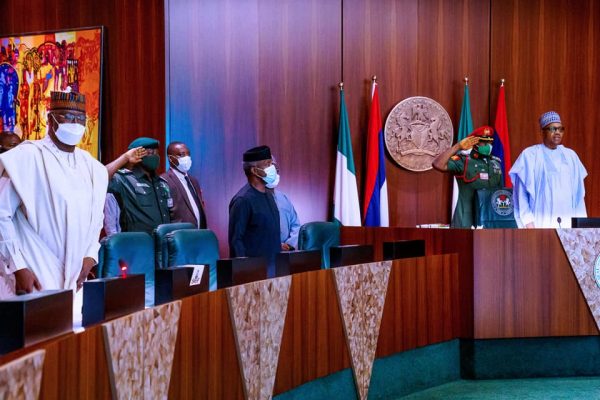 The Federal Executive Council (FEC) has approved the award of contract for the Nigeria police Trust Fund for the supply of vehicles and insurance cover for several other vehicles at a total cost of N4,541,829,704 billion.
The minister of Police Affairs, who briefed newsmen today, October 12, shortly after the FEC meeting, said that the vehicles consist of Landcruisers, Toyota Prado, 2021 model and Toyota Camry.
“The landcruisers are about eight in number while the Prado are about eight number also, and then the Toyota Camry vehicles are about 44 in number.”
He said that the vehicles will be supplied by Messrs. Kaura motors Nigeria limited at the cost of N1. 2 billion while another Firm got N1. 48 billion respectively,  totaling over N2 billion.
The cost of fuelling of vehicles has also been awarded to Messrs global resources limited at the total cost of about  5,093,770 liters at the cost of N1,039,169,880 Naira respectively.
He said that the vehicles will be used for tactical operations.
“This is so that the vision and strategic deployment will be achieved, in a bid to strategize for better security networking, as well as aid strategic deployment of technical squads to tackle insecurity across the country.”
According to the minister, the insurance cover is intended to cover all the vehicles purchased by the police Trust Fund between 2020 and 2022, involving about 450 assorted vehicles, at the cost of N812,309,823, 93 kobo.
“We have Leadway Assurance company which will take 70% of the premium while another Company will also take 30%.”