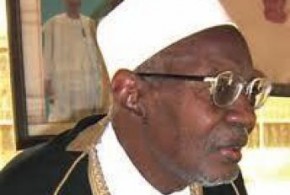 Elder statesman and the nation’s first Minister of Petroleum Dr. Shettima Ali Monguno (CFR) is dead.
He died yesterday in Maiduguri, Borno State at the age of 90. He will be buried today at 2:00pm in Maiduguri.
Dr. Monguno, apart from being a renowned politician, was also an educationalist.
He was born 1926 in Monguno and attended Monguno primary school, Teacher’s College Bauchi and Katsina, college of arts, science and technology Zaria, Moray House College of education and the University of Edinburgh, England.
He was parliamentarian in 1959, education secretary and councilor for education, works and social welfare Borno, local Government 1959-65.
He was also a Federal Minister for Air Force and Internal Affair 1965-66, Federal Commissioner for Trade and Industries 1967-71, Minister of Mines and Power, Petroleum and Energy 1972-75.
Shettima Ali Monguno was also the President of the Organization of the Petroleum Exporting Countries (OPEC) 1972/1973. He was conferred with the National Honor of Commander of the Order of the Federal Republic (CFR) in 1982. [myad]