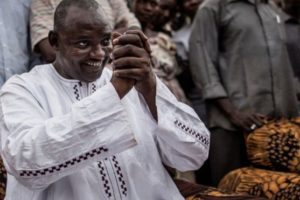 President Muhammadu Buhari has described Gambia as one of the emerging democracies that is a role model for other countries in Africa.

Buhari said that democracy, rule of law and respect for each other are fast taking roots in Africa and that Gambia has also become a role model for Africa and the world at large.

President Buhari expressed his satisfaction wth the conduct of the contestants before, during and after the elections.

He advised Barrow to ensure that the transition process is  as smooth as the electoral process and that he should carry everyone along in his task of taking the Gambia to a new level. [myad]