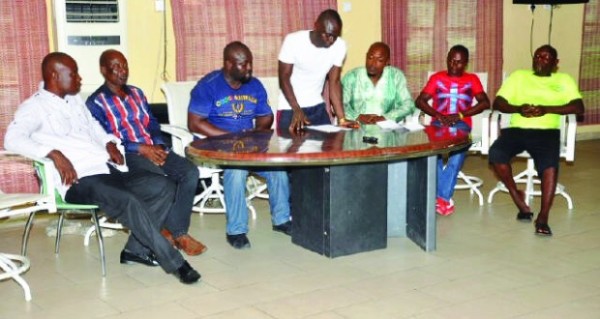 The Ijaws and Itsekiris in Delta state have resolved to forgine each other over the Gas City Project and appealed to President Goodluck Jonathan to fix a date for the ground-breaking ceremony.
Rising from a peace parley convened by the Delta State Governor, Dr. Emmanuel Uduaghan, the two groups resolved in Asaba today, to make room for peace as well as ensure that the more than 16 billion United States dollars Gas City project takes off successfully.
Addressing newsmen shortly after the meeting, representatives of Gbaramatu, Ugborodo and the Nigeria National Petroleum Company (NNPC) commended Governor Uduaghan for the intervention and that all the issues involved have been resolved for the project to come on stream.
Barrister Austin Oboroegbeyi who spoke on behalf of Ugborodo people said: “We agreed that the Gas Industrial City would be named after Ogidigben and the Deep Sea Port would be named after Gbaramatu. All parties agreed that because of the importance of the project the ground-breaking should be done as soon as the president and NNPC can work out a date, we also agreed to ensure peace within the area of the project so that the benefits can come to the communities.”
Chief Godspower Gbenekame who spoke on behalf of Gbaramatu people said: “We agreed that the Gas Industrial City would be at Ogidigben while the Deep Sea Port would be at Gbaramatu. When the President is ready for the ground-breaking, we are ready”,  while the representative of the NNPC, Dr David Ige, Group Executive Director (Gas and Power), said: “We have an amicable meeting, the two communities agreed to make peace as a condition for the project.”
Dr. Ige added that the naming of the project has not changed anything as it concerns the original concept, stating: “they are inter-dependent projects, everybody is ready for when Mr. President agrees to come for the ground-breaking ceremony, we also agreed to work together to make the project a huge success as its impact would not only be on Deltans but, all Nigerians.”
Governor Uduaghan had stressed the importance of peaceful co-existence and collaboration of the Ijaws and Itsekiris in the area not just for the successful take off of the project but for the security of all in the riverine areas of the State and the economy of the country.
He said that the project was important not just to Nigerians but to the international community adding that President Jonathan was concerned and committed to peaceful co-existence and an economically buoyant nation.
According to him, the President had delayed the flag off of the project for the host communities to settle their differences so that the project would not be stalled.
“Mr. President did not come for the ground-breaking ceremony earlier scheduled not because, he was afraid of being attacked but because he wants the communities to resolve their differences so that nothing would stop the project after the ground breaking exercise.
“Mr. President is eager to do the ground-breaking ceremony but what is more important is for the project to come to fruition without hindrance as that is the only way we, our grand children and the future generation can benefit from it.” [myad]