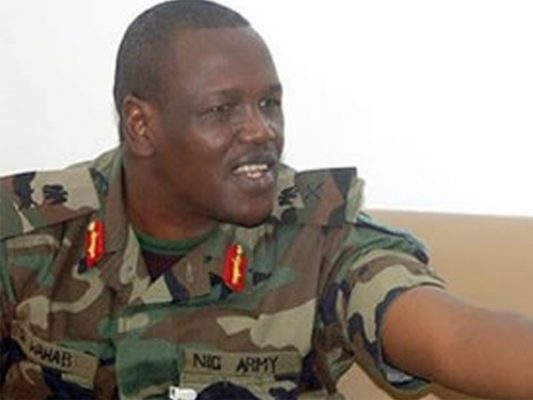 Former Chief of Army Administration, retired Major-General Garba Wahab, has blamed the recent attack on a military base in Metele, a remote village near the border with the Niger Republic, on information leakage.
Wahab, who was a guest on Channels Television’s Sunrise Daily, advised the military to be careful in its intelligence gathering approach, in the war against terror.
“The military needs to look at information that leads to intelligence. You cannot afford to allow your information to leak. A lot of information is leaking, it is your information you turn into intelligence.”
His comments came on the heels of the Islamic State West Africa Province (ISWAP), a Boko Haram splinter group, killing of at least, 44 soldiers in attacks on three military bases in Borno State.
The retired Army chief admitted that the military cannot completely eradicate terror, even as he advised the Federal Government to boost the morale of the troops fighting Boko Haram terrorists in the northeast.
“We need to reassess. Is the equipment okay? Are the troops motivated? If the will to fight is not there, it behoves disaster because you must continuously motivate them.
“Whether you like it or not, a lot of issues are involved. And it is not only military because there is no military solution to this. You need to also look at the political issue, the economic and sociological perspectives.”