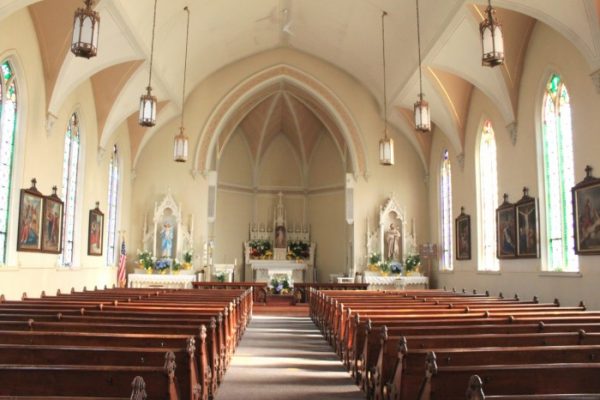 After practicing Christianity for over 25 years, who now wants to be addressed as Alfa Abubakar Afolabi, explained that his reason for accepting Islam is because he had a divine encounter with a stranger in his dreams.

He said that the man showed him certain flaws in Christianity and convinced him that Islam is the only religion that leads to heaven, adding that he had no regrets swapping to the other religion.

“I was preparing for the anniversary when I started hav­ing dreams that eventually led to my conversion.

“At first in the dreams, I noticed my members were sitting on the floor in the church and some of them were covering their heads. I also saw that people were washing their hands and feet before entering the church just like it is done in Islam”.

Asked if he still engaged in some spiritual activities like he did while in Christianity, Afolabi said, “rendering spiritual help is given to all men by God for their own use, so the wisdom of it is given to me by God, he didn’t take it away from me because that is different from religion.

“It is a way of livelihood; so, if any one falls sick, wants to give birth, is having stillbirth, stagnation at work, that is all what we use that for. He showed me places in the Bible where many prayed to God in Islamic way. By this praying, I mean to kneel down and bow down your head and face down.”

Answering questions on how his church members reacted when he decided to dump Christianity, he said: “They all left me the day I invited an Imam to come and preach in my church, the day of our anniversary.

“I have also been stripped of my position as president of our association. The only thing the pastors do once in a while is to call to ask me if indeed I still want to continue in the new faith and I usually confirm it. As for friends, some have stayed, while others have left.”