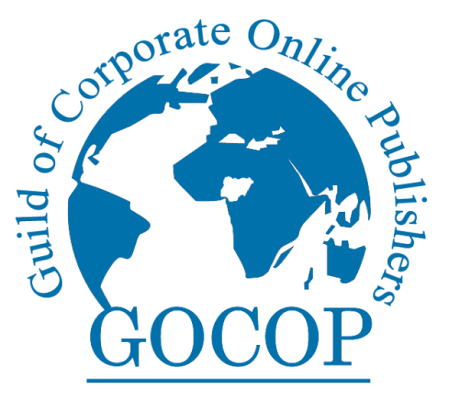 The Guild of Corporate Online Publishers (GOCOP), a body of over 100 veteran journalists and editors in various media organizations spread across Nigeria, has risen against the new code of practice, prescribed by the National Information Technology Development Agency (NITDA).

GOCOP, in a position paper, signed by its President, Maureen Chigbo and Secretary-General Collins Edamoruse, insisted that the new code of practice is in conflict with the existing regulatory framework, such as Cybercrime Act, Laws of Defamation, Label and Privacy.

GOCOP recalled, with concern that the new Code of Practice was initiated by NITDA, for Interactive Computer Service Platforms/Internet Intermediaries, in alignment with some “Authorized Government Agency,” namely Nigerian Communications Commission (NCC), National Broadcasting Commission (NBC), or any supposed agency authorized, and that such enactment had generated controversy and censure from media stakeholders and civil society organizations (CSOs) in recent time.

It said that NITDA Code had listed its objectives to include inter alia: “set out measures to combat online harms such as disinformation and misinformation. It also seeks to Adopt and apply a co-regulatory approach towards implementation and compliance.”

But, GOCOP reminded the government that Journalism professional practice draws its legitimacy, powers and rights from Sections 22 and 39 of the Constitution of the Federal Republic of Nigeria as amended in 2011.

“Specifically, Sections 22 of the Constitution cede to GOCOP members the privilege to “at all times be free to uphold the responsibility and accountability of the Government to the people.”

GOCOP described the NITDA Code and its prescriptions as toxic, undemocratic and a clear affront on free speech and civil liberties which the media promotes.

“We emphasize that this is a Constitutional responsibility which, we will not for any reason whatsoever, abdicate under the weight and encumbrance of the NITDA Practice Code.

“We restate that this Code is unknown to the Constitution and against the principles of free press, free speech and civil liberties as enshrined therein.  “Nigeria is a democracy, and in a democracy, it is the duty of the National Assembly (Congress or Parliament) to make laws for the promotion of good governance.

“While it is the duty of National Assembly to make laws, it is also the responsibility of the Judiciary to interpret the laws while the Executive is saddled with execution of the laws and allied issues of leadership.

“Therefore, NITDA, an Executive agency, by issuing a Practice Code to regulate the media, has clearly over-reached itself and cannot be allowed to surreptitiously usurp the powers of the National Assembly.

“The provisions and prescriptions of the Code are largely undemocratic, primitive, anti-press freedom and they seek to promote anarchy and perpetrate a culture of silence across all media platforms for as long as information is conveyed, transmitted or disseminated via the Internet using computers or any electronic device including handhelds.

“It seeks to deny journalists, especially GOCOP members whose duties are carried out via internet-enabled devices, the right and privilege to source and disseminate information, and hold government accountable as enshrined in the Constitution.

“The Code is an attempt to take away the powers which the Constitution has guaranteed the press. In effect, the Code is an aberrant intruder into the field of Journalism which NITDA has no legal powers to regulate.

“We reiterate that GOCOP has put in place structures for effective peer review and regulation of its members through its Disciplinary Committee/Ombudsman, which has the sole responsibility of checking the excesses of the Guild’s members and members of the public can approach it to seek redress in case of unprofessional conduct by our members.

“This shows that GOCOP as a body of Online Journalists takes its responsibility of self-regulation very seriously.”

GOCOP therefore resolved that “in view of this, we strongly reject the NITDA’s Code of Practice for Interactive Computer Service Platforms/Internet Intermediaries as it clearly serves to undermine the media. It is yet another attempt by the Government to gag the media and suppress press freedom in general.

“We find this fresh move to gag the media both reprehensible and repugnant as it shows the desperation of the Federal Government to muzzle free press. We recall that the government had failed in the past in its desperation to enact anti-free press laws including The Protection from Internet Falsehoods and Manipulation and Other Related Matters Bill, 2019, commonly known as Social Media Bill.

“Need we remind this government that it rode to power on the crest of free press, especially as it took advantage of the social media, which it now wants to render prostrate.

“GOCOP strongly rejects the NITDA Practice Code in its entirety. It is a baseless affront on the Constitutional powers vested in the media.

“We urge the federal government to jettison the NITDA Code and rely on existing regulations such as the Cybercrime Act, Laws of Defamation, Libel and Privacy to protect itself and citizens against any perceived unprofessional journalistic conduct.

“We therefore advise NITDA to jettison this code in its entirety or ready to face legal action.

“We call on the National Assembly to call NITDA to order on its ill-advised move to usurp the powers of the Legislature.”

GOCOP explained that as a body of online publishing organizations, it is made up of professional journalists with backgrounds in Broadcasting, Print and New Media.

“We are a self-regulating professional body and we subscribe to the Ethics of the Journalism profession which hold facts, truth, fairness and balanced reporting as sacred in the discharge of our duties.

“GOCOP, as Body of Professionals, has put in place structures for effective peer review and regulation of its members. GOCOP has several Committees including the Disciplinary Committee/Ombudsman, which has the sole responsibility of checking the excesses of the Guild’s members and affords the public an avenue to seek redress in case of unprofessional conduct by any of our members.

“This shows that GOCOP as a body of Online Journalists takes its responsibility of self-regulation very seriously.

“The GOCOP is also fully guided by relevant statutes which govern other stakeholders in the Nigerian media, including the Nigerian Union of Journalists (NUJ) and the Nigerian Guild of Editors (NGE), both of which some of us are members.”